POCKET-ROCKET Daniel Podence opened his Wolves account to become the seventh Portuguese player to score for Nuno Espirito Santo’s side.

But when a 5ft 4ins frontman scores with a header, you know Roy Hodgson has serious issues. 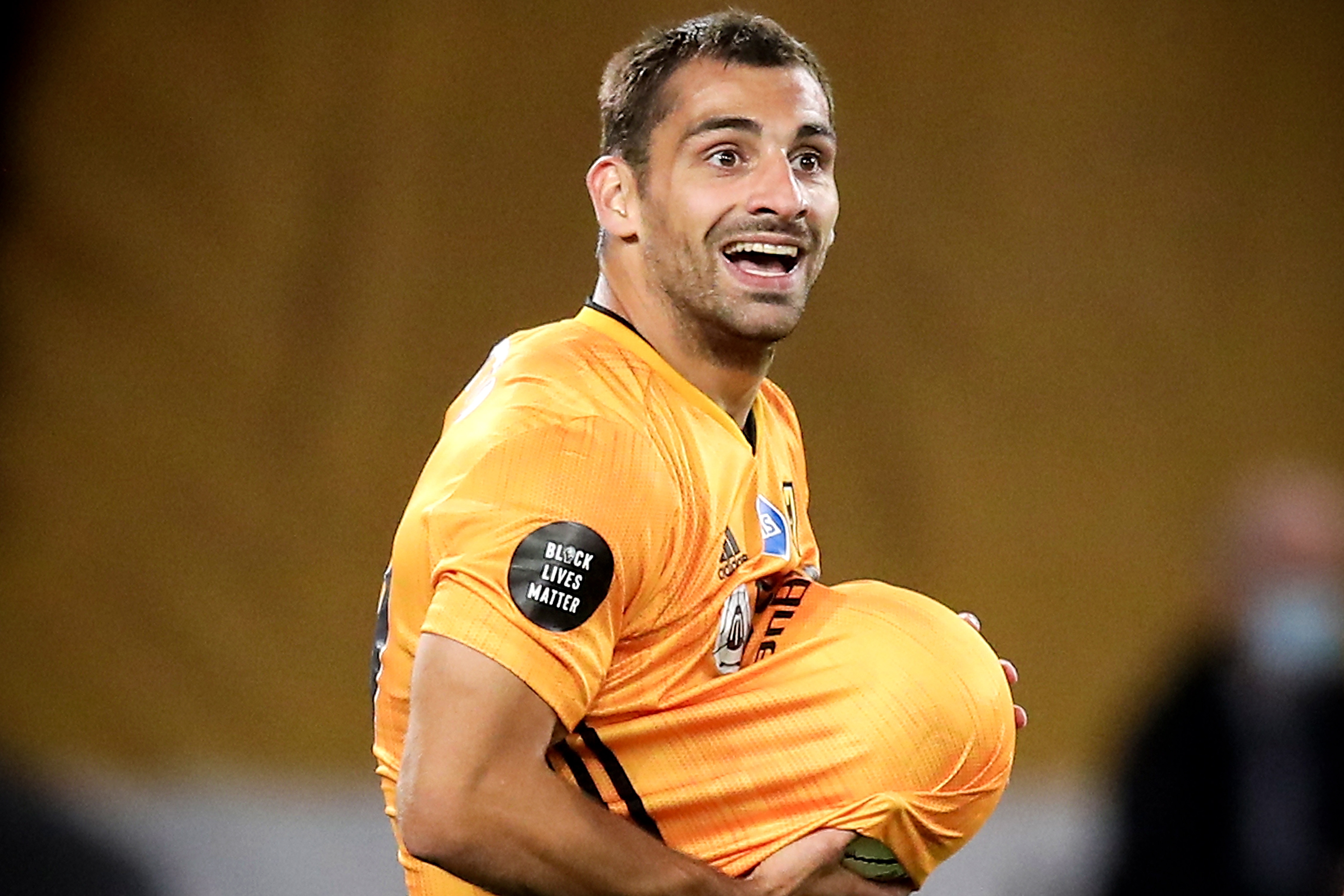 Spanish wing-back Jonny added a second midway through the second half as Wolves put an injury-crippled Palace out of their misery to seize sixth place again as they stepped up their push for the security of a Europa League place.

Meanwhile Hodgson was left to reflect on a seventh straight defeat on the spin – the worst run of his Premier League career.

Wolves weren’t at their best, but they didn’t need to be as they swept aside the Londoners.

Podence is fast becoming a £17million hit for Wolves and could play a key role now against his old club Olimpiakos when they turn up at Molineux for their Europa League tie next month.

His low centre of gravity is a nightmare for defenders but it was a header which undid Palace four minutes before half-time with a goal which will have infuriated their frustrated gaffer.

Andros Townsend was guilty of a sloppy pass which Jeffrey Schlupp made a half-hearted attempt to retrieve and Wolves pounced.

Joao Moutinho took a sand-wedge to delicately clip the ball over the Palace defence and when Matt Doherty nudged the ball away from Vicente Guaita there was no defender on hand to stop the diminutive figure of Podence nodding into an empty net. 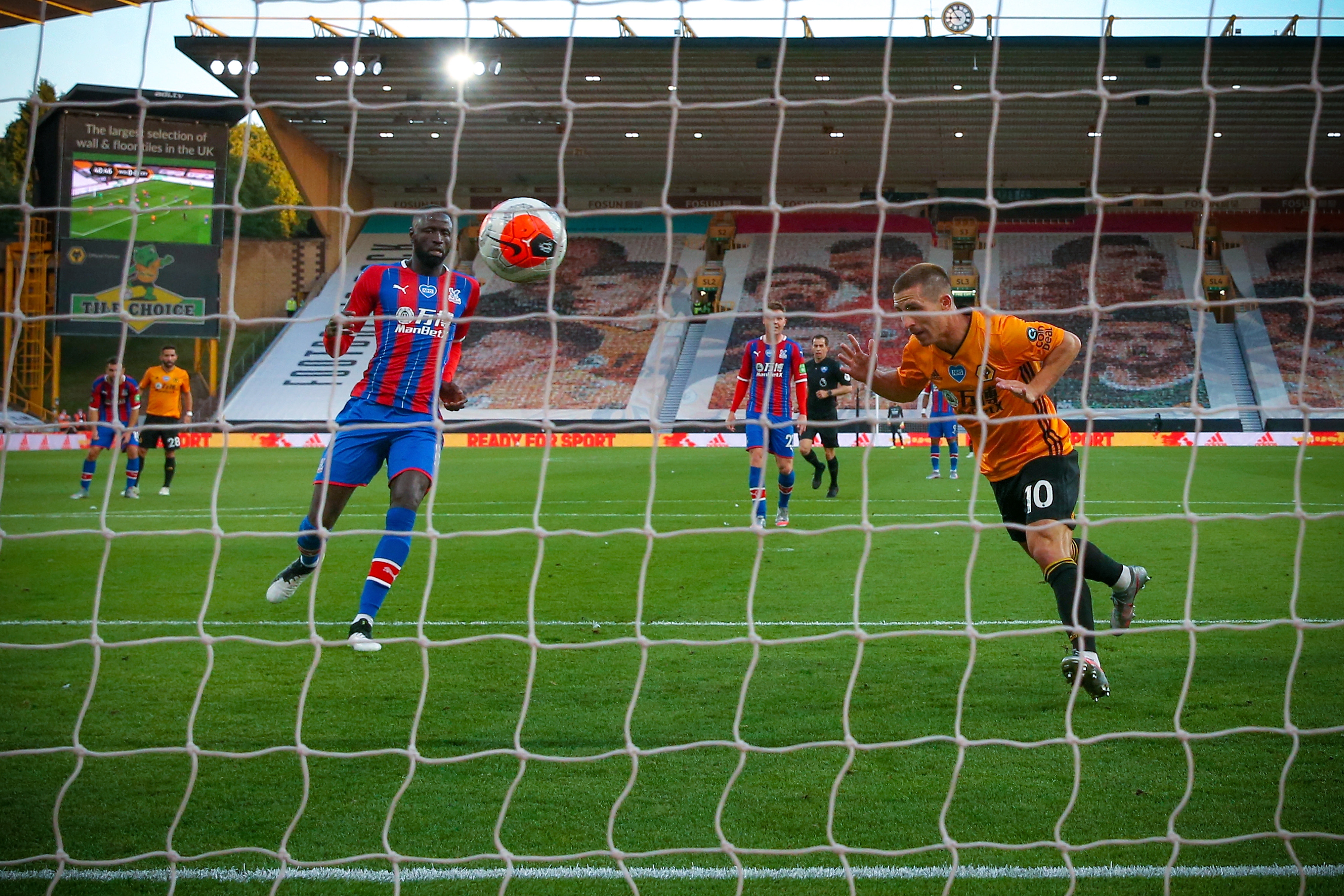 It was no more than the little guy deserved because moments earlier he almost scored a stunner with an acrobatic scissors kick from an Adama Traore cross to the back post.

I have no idea whether Hodgson is superstitious.

However my hunch is the Palace boss must have run over a black cat recently – or developed a sudden, irresistible urge to walk under ladders.

Because his side’s injury list is frankly becoming ridiculous.

Already deprived of defensive duo Gary Cahill and James Tomkins and skipper Luka Milivojevic with various aches and strains, he then lost left-back Patrick van Aanholt against Manchester United on Thursday with a dislocated shoulder.

Roy did what he could to patch up Palace as 20-year-old debutant Tyrick Mitchell was handed a baptism of fire and told to take care of the incredible bulk that is Traore. 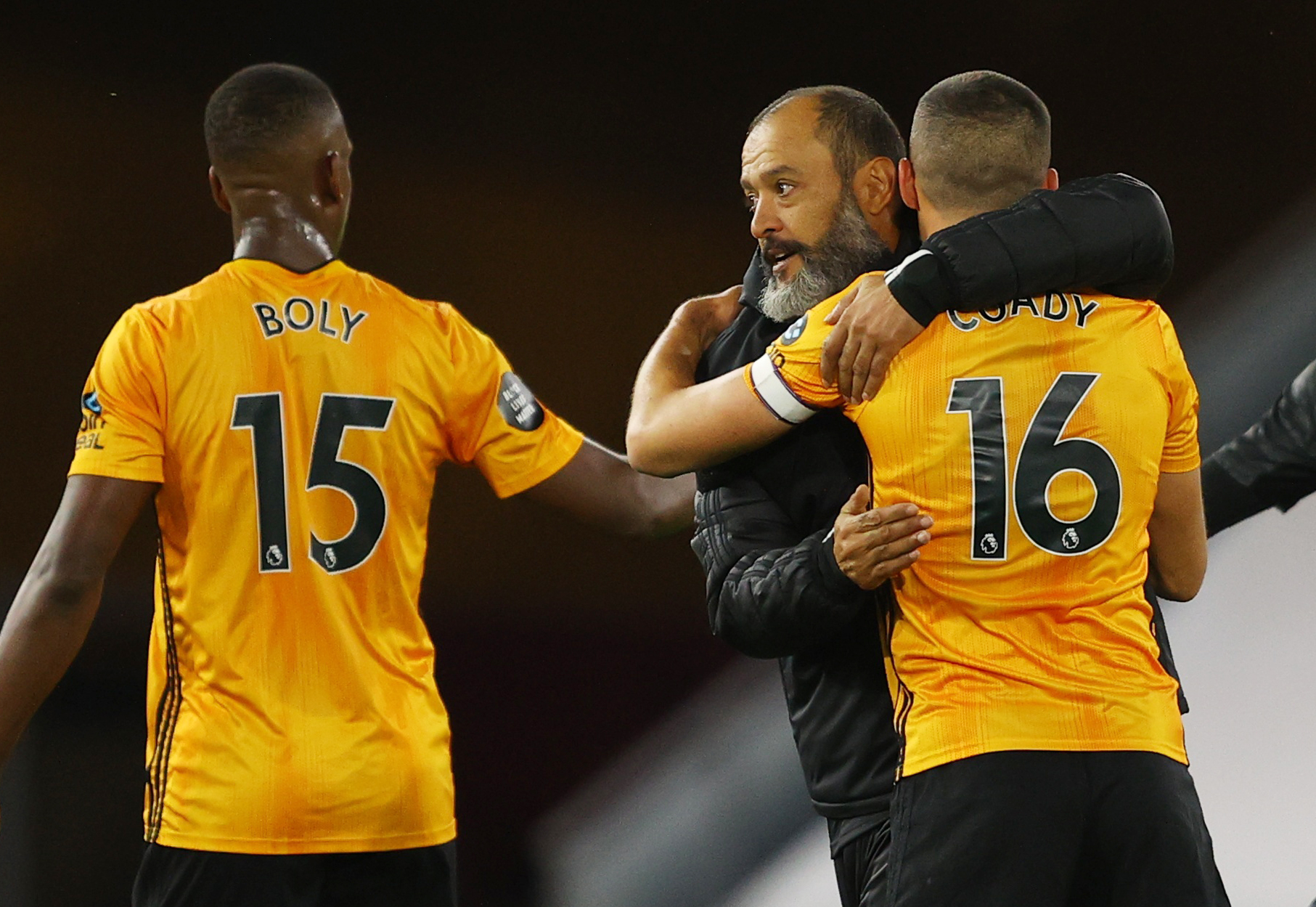 To the kid’s credit he stuck to his unenviable task brilliantly as he did everything in his power to keep pace with Wolves’ flying winger.

The youngster even had the confidence to go on the front foot himself, clipping in a useful delivery to pick out Jordan Ayew early on.

But the striker was more intent on hitting the turf than hitting the target and was crowded out, with referee Peter Bankes rightly ignoring his appeal for a penalty.

Perhaps predictably, Palace didn’t make it to the drinks break before they suffered another injury casualty.

Mamadou Sakho appeared to suffer a knock to his left knee and signalled that he couldn’t continue.

Hodgson was left with little choice than to send on midfielder Cheikhou Kouyate to partner Scott Dann in the heart of his defence – and curse his latest piece of rotten luck.

Yet Palace should have hit the front after 27 minutes when Wilfried Zaha pick-pocketed the usually reliable Willy Boly and fed Schlupp.

But with only Rui Patricio to beat the Ghanaian winger grazed the outside of the keeper’s post and Wolves breathed again.

It was to prove a costly miss because Santo’s side used it as their cue to step it up a gear.

They took full control after Podence’s breakthrough goal and added a second before the end through Jonny.

Traore nut-megged Mitchell and burst between the kid and James McArthur to leave Palace in a panic and Jonny found space to spin in the box and drill his shot into the far corner to seal a routine win.