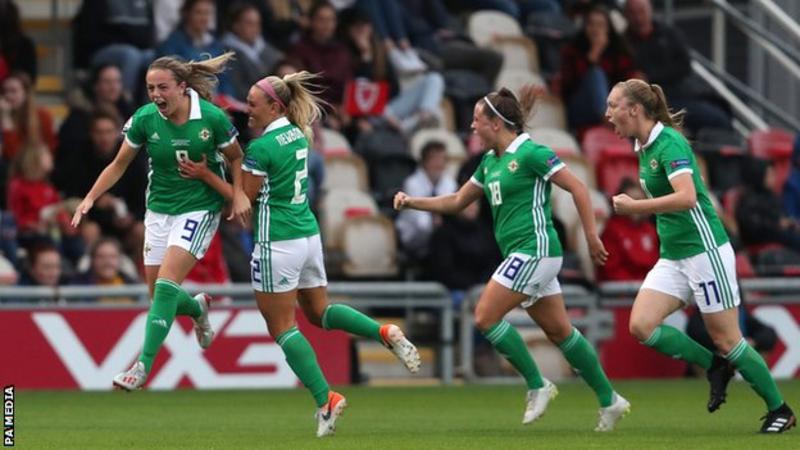 Simone Magill’s header put the visitors ahead as they impressed in the Group C clash at Rodney Parade.

Wales levelled through Emma Jones deflecting in Angharad’s James shot, before Kayleigh Green’s firm header looked to have won it for Wales.

Both sides came into this contest after opening their qualifying campaigns with scorelines of 6-0 in Group C, with Wales thumping the Faroe Islands and Northern Ireland on the receiving end of a hammering by Norway.

However, you would never have known which side was heading into this match from a position of strength based on an even first half, where if anything the visitors were the better side.

The teams are separated by 27 places in the world rankings but Northern Ireland started impressively in Wales, pinning Jayne Ludlow’s side back and creating decent chances.

A mistake from the Wales defence allowed Lauren Wade a run at goal, but O’Sullivan repelled her shot and smothered the ball at the second attempt.

Wales’ last qualifying campaign saw them keep seven clean sheets in eight matches but they were breached after just 10 minutes as they failed to clear a routine set-piece, allowing Magill to calmly head home from Sarah McFadden’s knockdown.

The home side struggled to make a chance in the first period but from their first serious effort they levelled, though luck played a key role as James’ shot rebounded off the back of team-mate Jones to totally wrong-foot goalkeeper Emma Higgins. 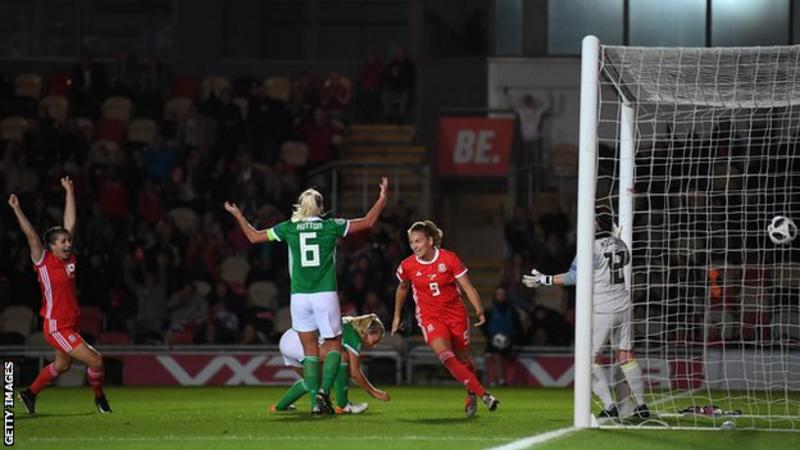 The goal sparked Wales and captain Sophie Ingle headed wide as they finished the half on the front foot.

However, Northern Ireland again started brightly after the interval and an excellent team move started by left-back Demi Vance culminated in the same player blasting over.

That was the key moment as from Wales’ next big chance they took the lead, with centre-back Rhiannon Roberts popping up in attack and delivering a pinpoint cross that Green headed home at the far post.

Kenneth Shiels’ side did not give up and were close to equalising when substitute Callaghan rattled the crossbar from 25 yards via a slight deflection, with Wales able to scramble clear the rebound.

It looked like it would be enough to secure a vital win, but Wales suffered a stoppage time calamity.

Goalscorer Green gave away a free-kick and O’Sullivan dropped the ball under little pressure, with Hutton on hand to head home the rebound.