The second-row ace, 27, went down injured for 15 minutes during the Warriors' 62-5 Premiership defeat to Sarries on Saturday. 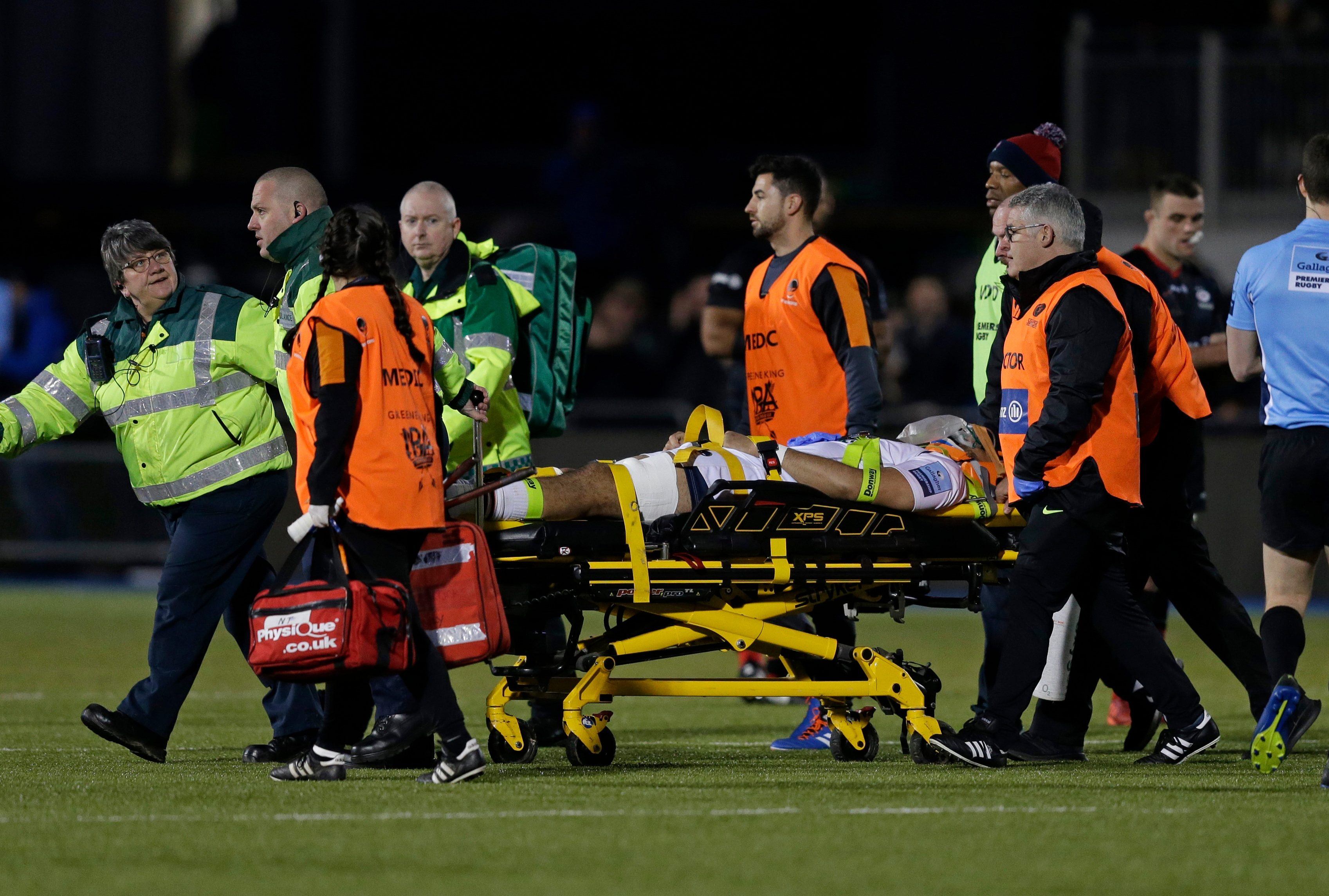 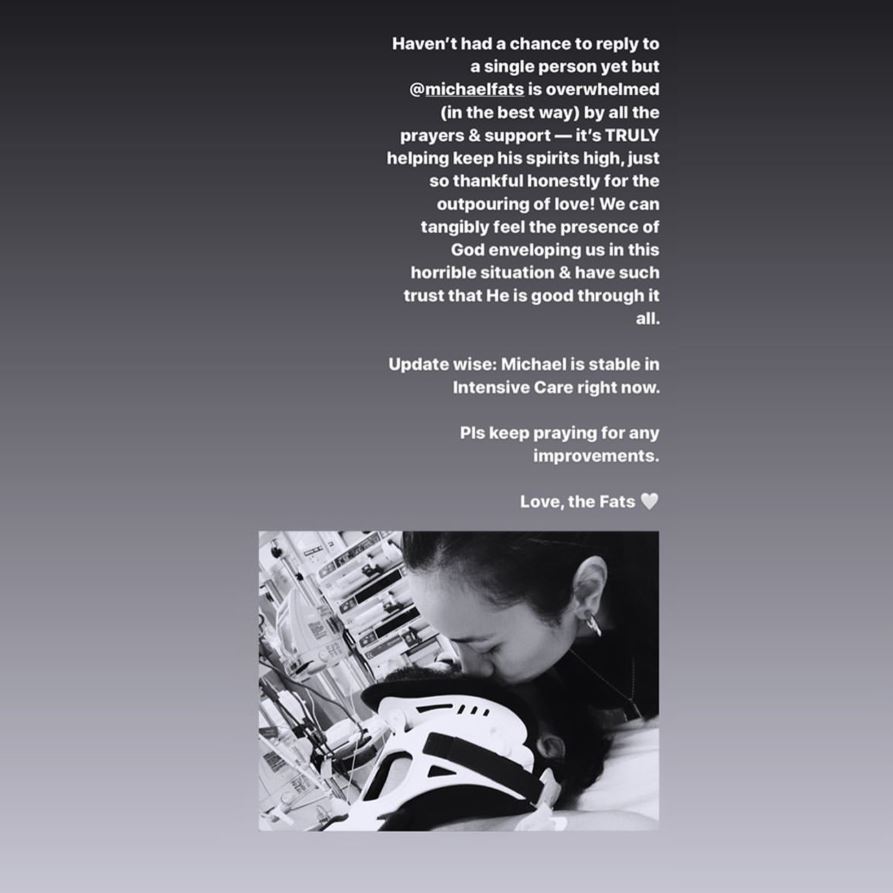 And the New Zealander was kept in for a second night in intensive care, after major concerns over his long-term health.

His wife Tatiana, who he married just a few months ago, posted an update on social media.

She said: "Haven't had the chance to reply to a single person yet but @michaelflats is overwhelmed (in the best way) by all the prayers and support — it's TRULY helping keep his spirits high, just so thankful honestly for the outpouring of love!

"We can tangibly feel the presence of God enveloping us in this horrible situation & have such trust that He is good through it all.

"Pls keep praying for any improvements."

Rugby union players clash heads all the time, especially during the breakdown — and the sport is desperate to improve its safety record, as shown by lowering the tackle height before last year's World Cup.

Worcester director of rugby Alan Solomons said: "It seemed like he dropped his head as he went into contact.

"I haven't studied the footage but it seems like he's taken a blow to the neck.

"For me, a neck injury like that is a massive concern and I am worried about it, but the medics have taken all precautions and have done everything possible."