FORGET fancy boots, these footballers are customising to the finest detail by wearing unique shin pads.

Stars from countries including England, Spain, Germany and more are wearing guards that feature images of their Wags, families, dedications to their clubs and even themselves. 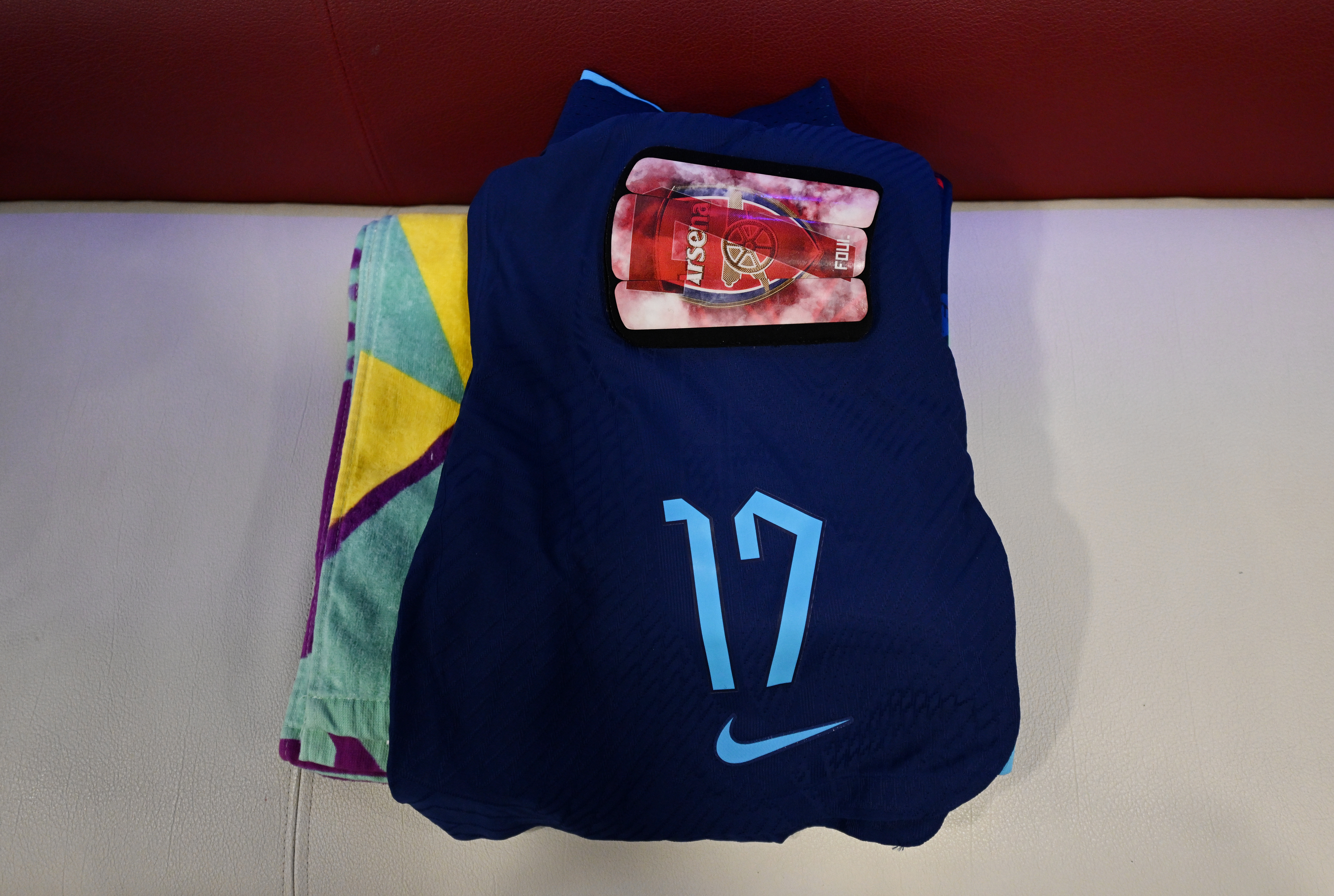 In the past, we've seen Cristiano Ronaldo wear shin pads with pictures of him and Georgina Rodriguez on in a major tournament. 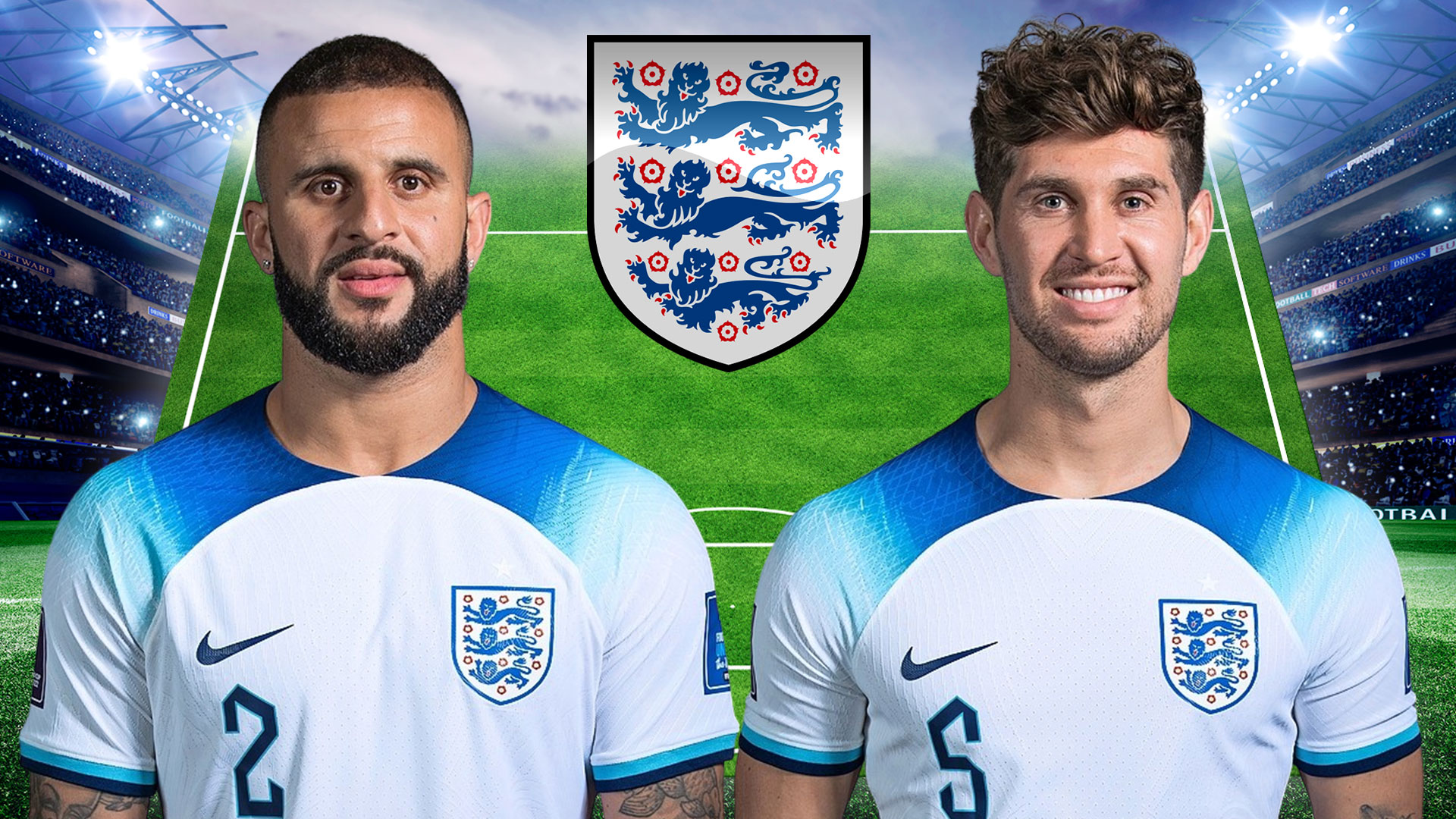 Three ways England could line up vs France… and will it help stop Kylian Mbappe? 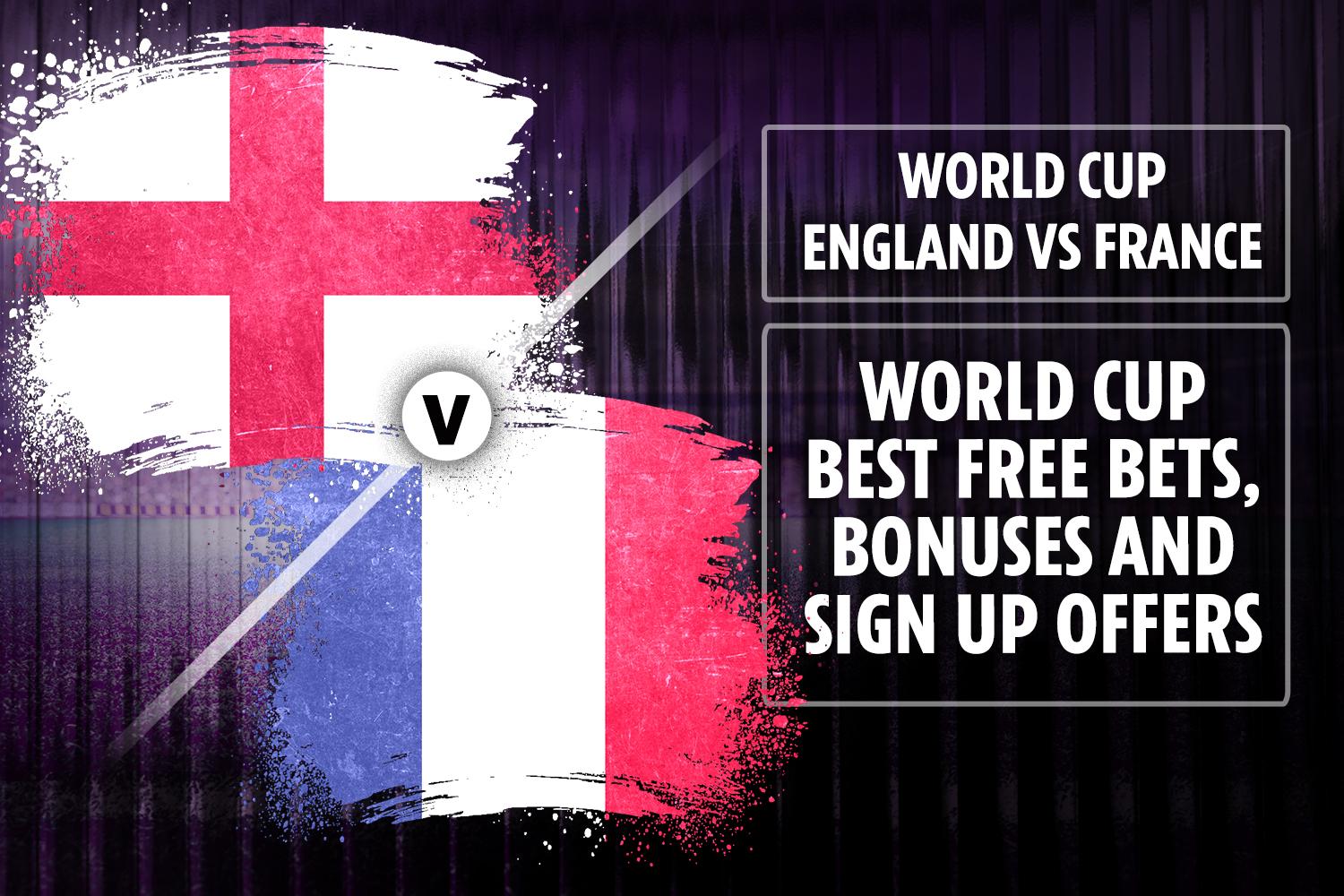 The Three Lions star, who boasts three goals in the World Cup, has his club crest on his shin pads.

The Spurs contingent of Harry Kane and Eric Dier won't want to see them, though.

As the camera panned to the bench during Brazil's game against Cameroon, we caught a glimpse of the Barcelona star's shinnies.

And a fetching set they were. They featured Raphinha's image on the them – wearing his country's famous yellow jersey.

Transate (loosely) what's written on the top of them and they say, "Bring the Cup home". 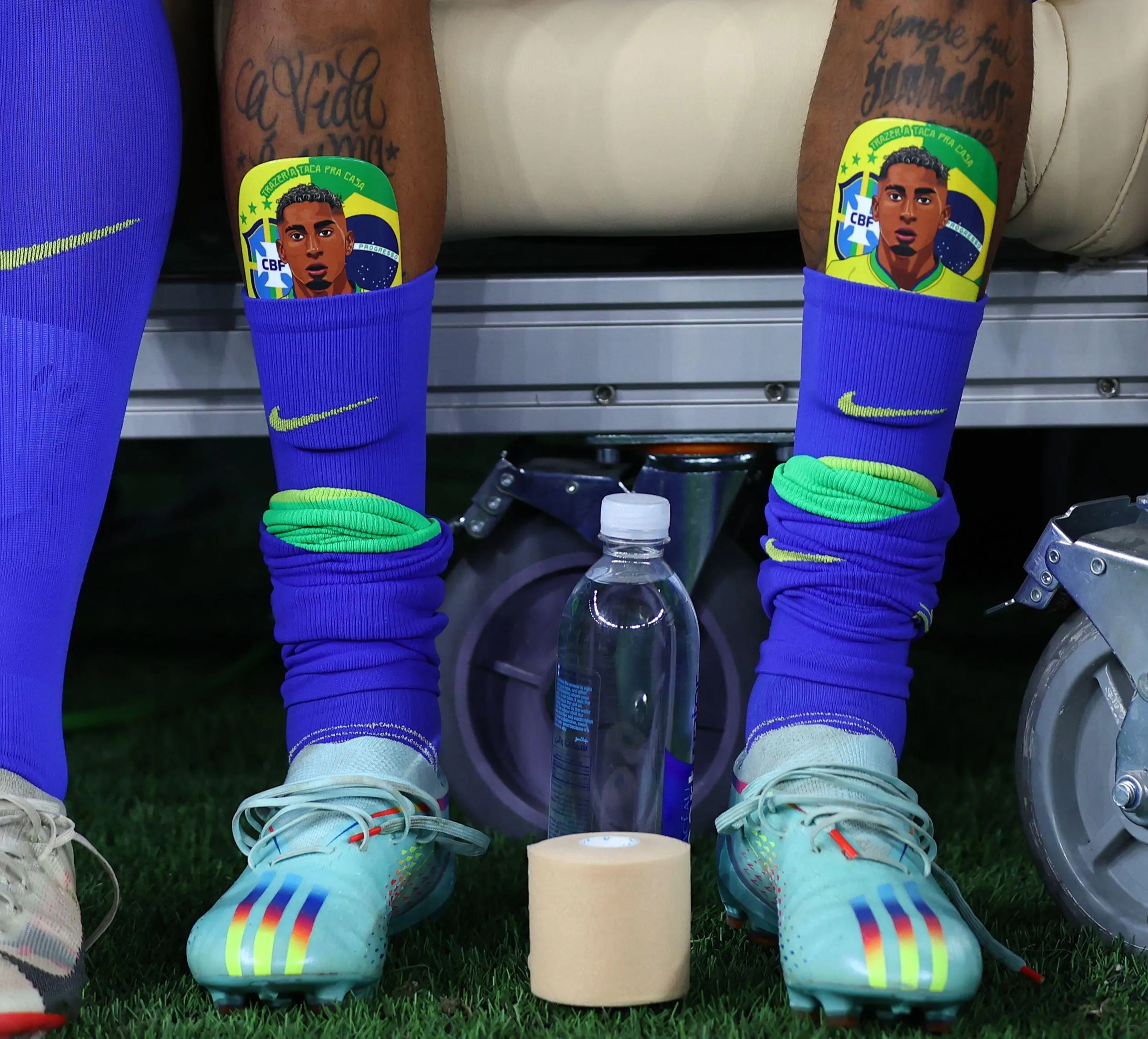 Germany didn't have the best of World Cups – getting eliminated in the group stages.

So, Rudiger didn't get long to sport his custom pads.

They are symbolic of his play – as a defender – with a clenched fist punching the air alongside his signature. 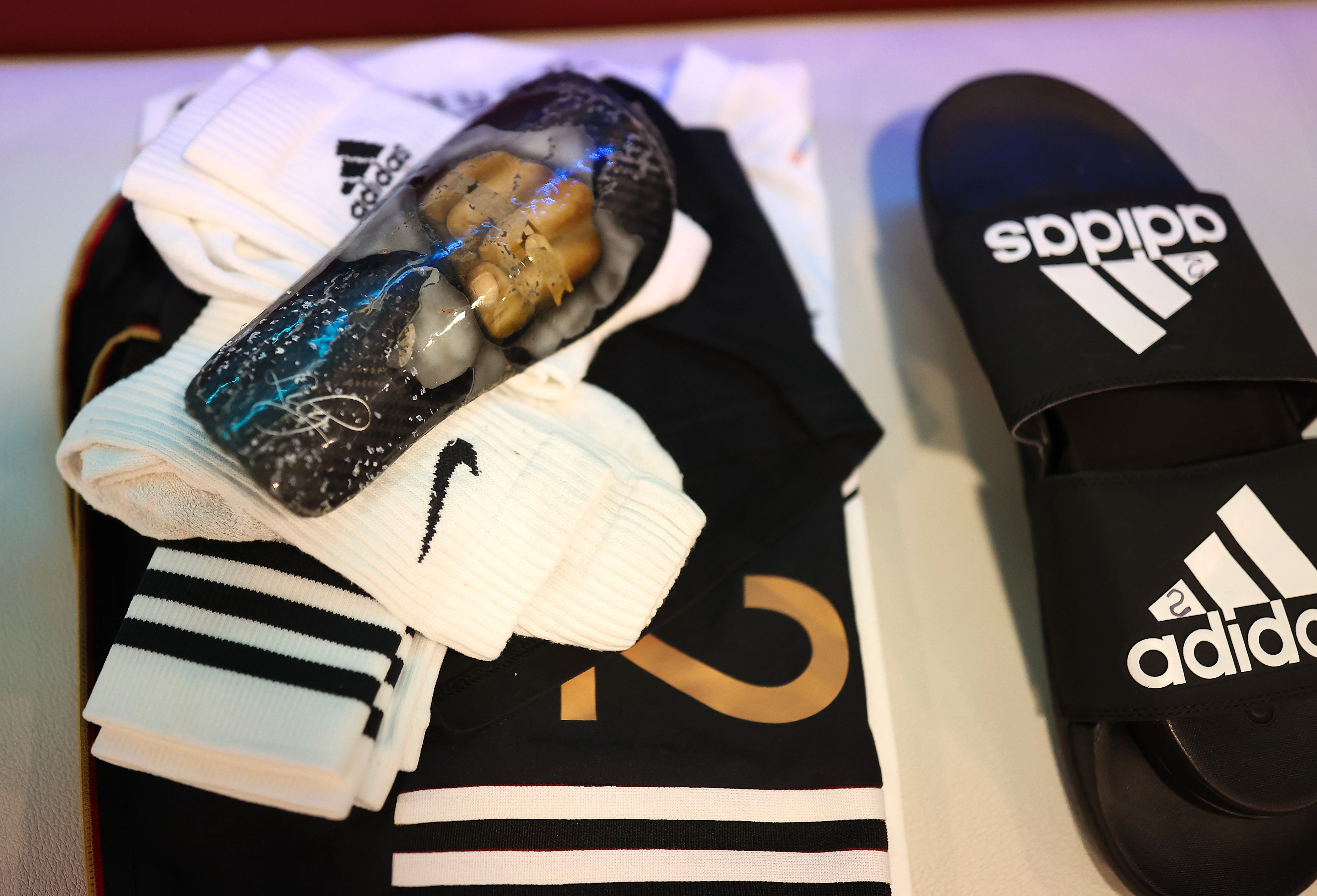 For the Spain and Atletico Madrid star, Koke's club and family are his life.

His shin pads represent both – with images of his family, saluting the crowd at the Wanda Metropolitano and more emblazoned on them.

Should Spain win the World Cup he will have more more memories to etch on them. 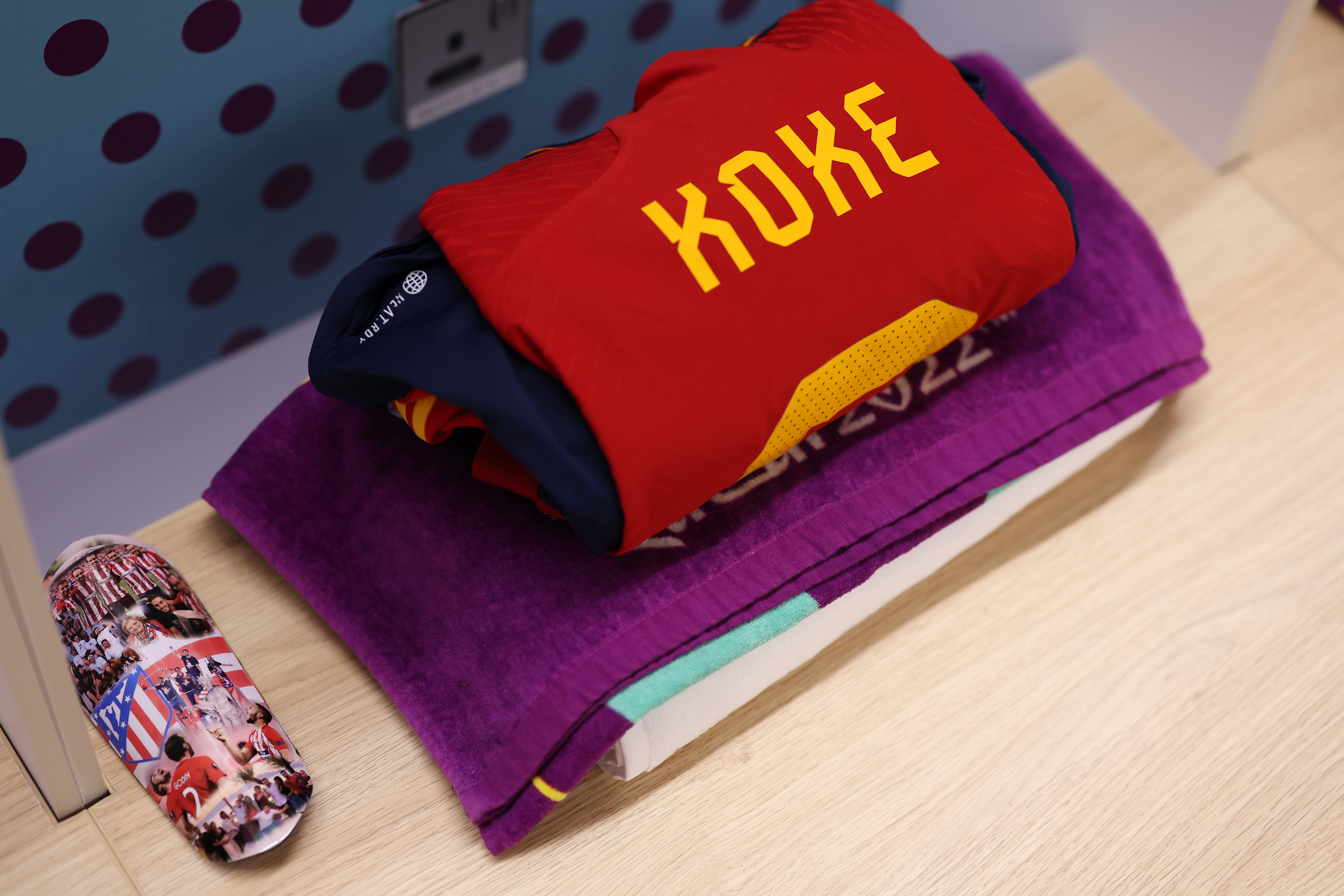 The 18-year-old Borussia Dortmund wonderkid made just one sub appearance at the World Cup, before the Germans departed.

But, with his talent, you get the feeling he will be around for many more.

Moukoko dons the famous yellow and black of Dortmund, with an image of himself on his shin pads. There's also a touching message to his mother. 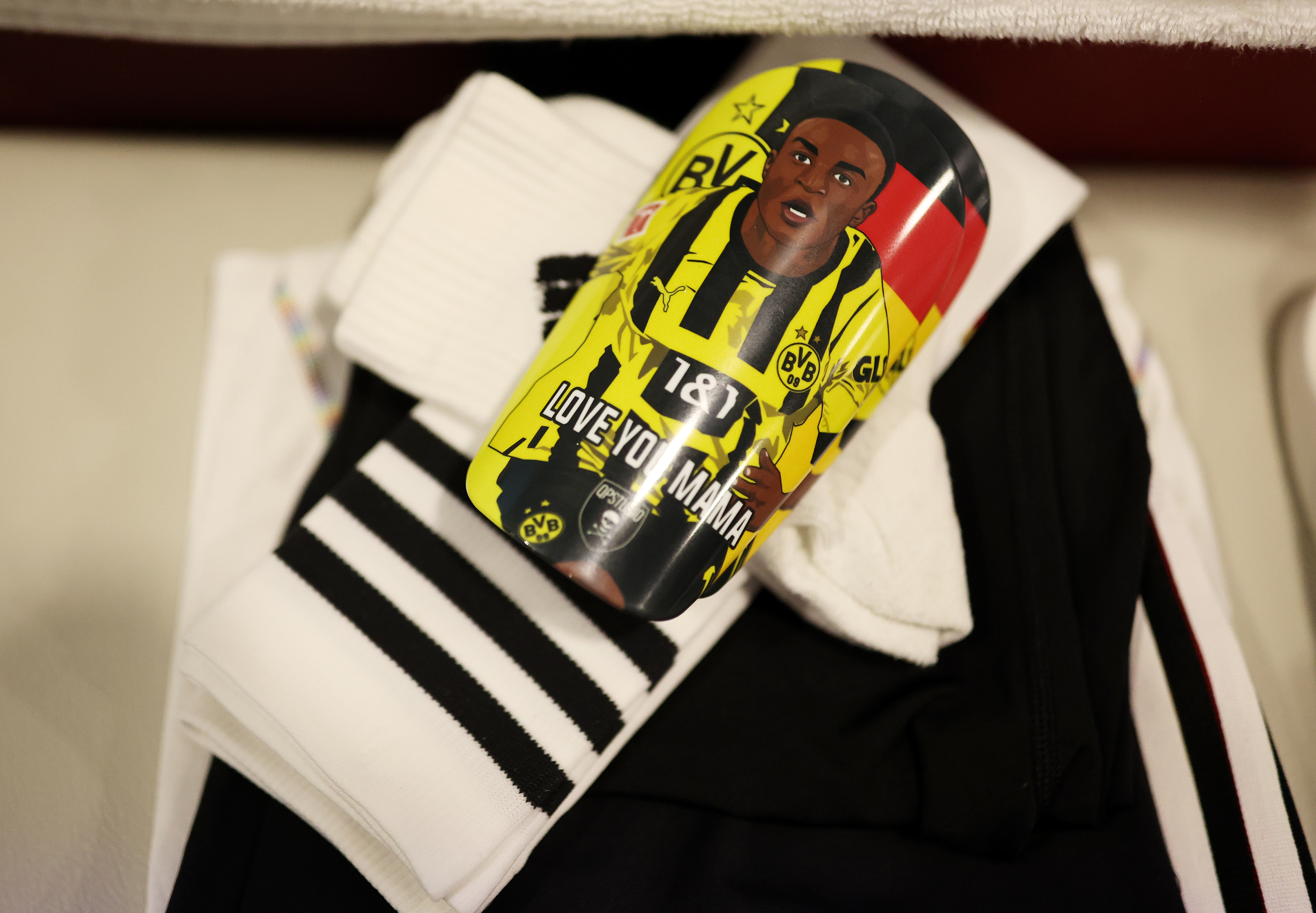 Full back Carvajal has been instrumental in Real Madrid's success.

It's no wonder then that he has several images representing Los Blancos on his shin guards.

His surname is also blasted across the middle in a futuristic-looking font. 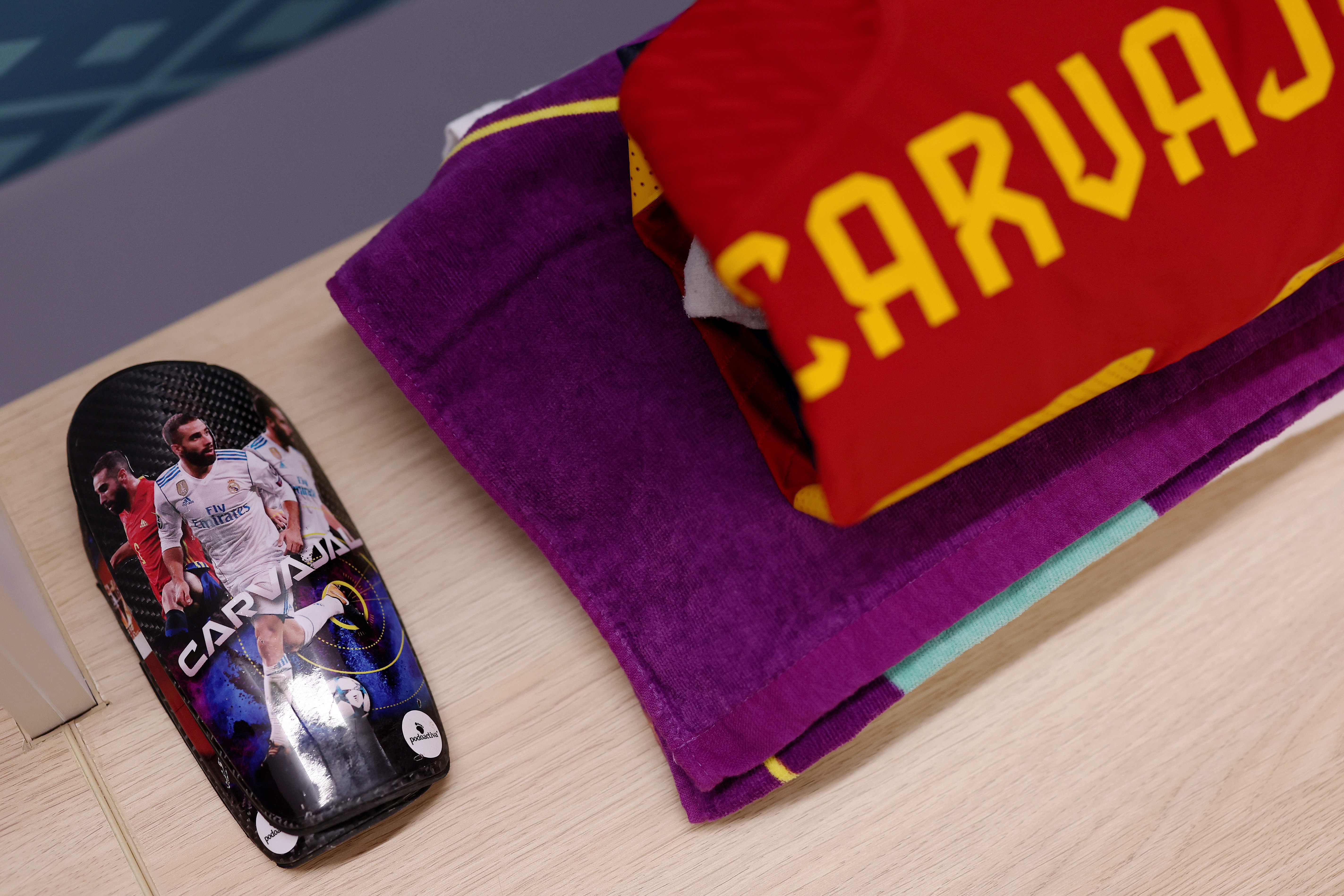 Wales legend Bale likes to keep it simple with his shin pads.

There's no fancy graphics or imagery. Simply, he has the Welsh flag on the middle.

Below that, you'll find his initials and number. 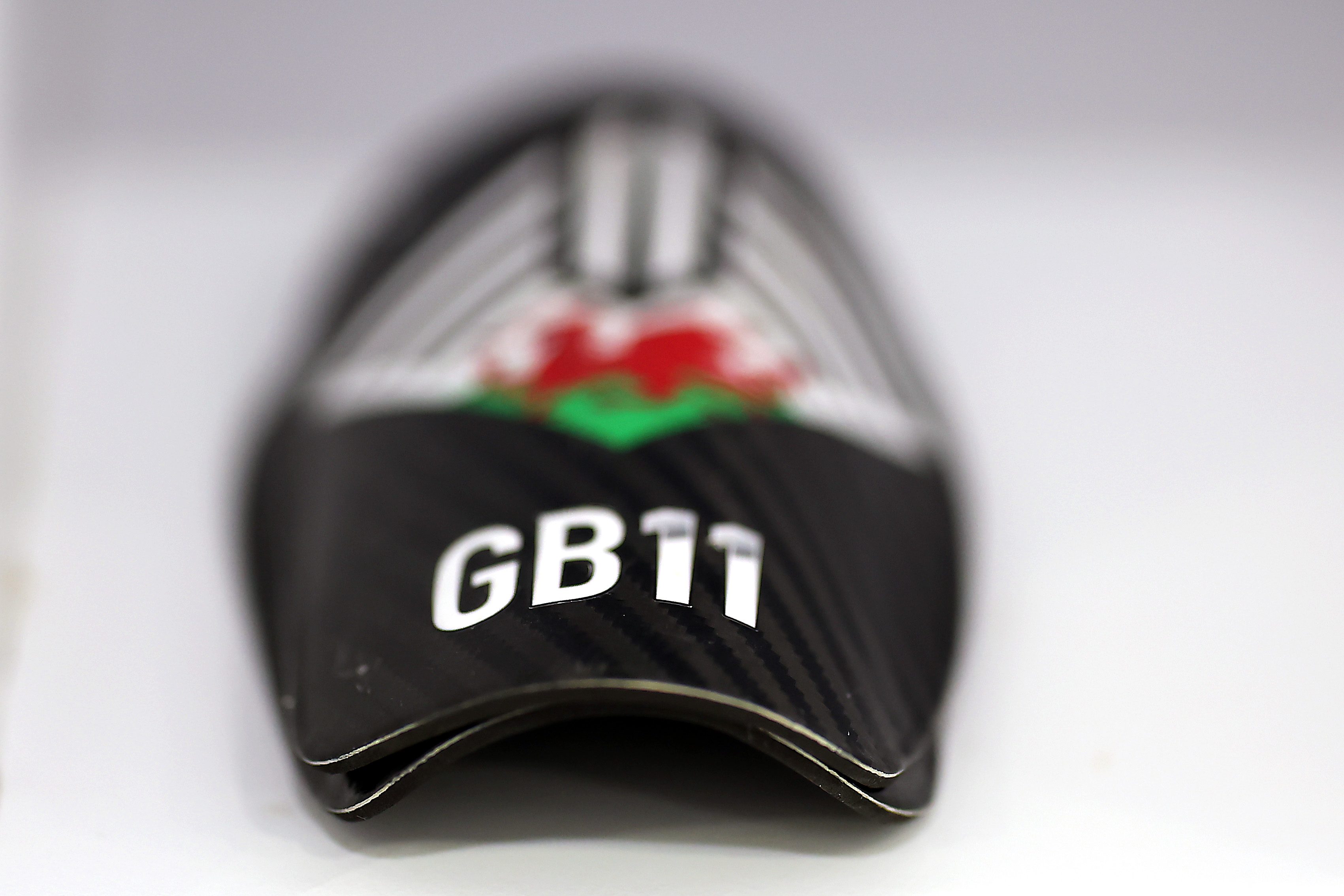 When you are married to one of the most beautiful women in the world, you would want to show that off.

There is absolutely no reference to football on there whatsoever. 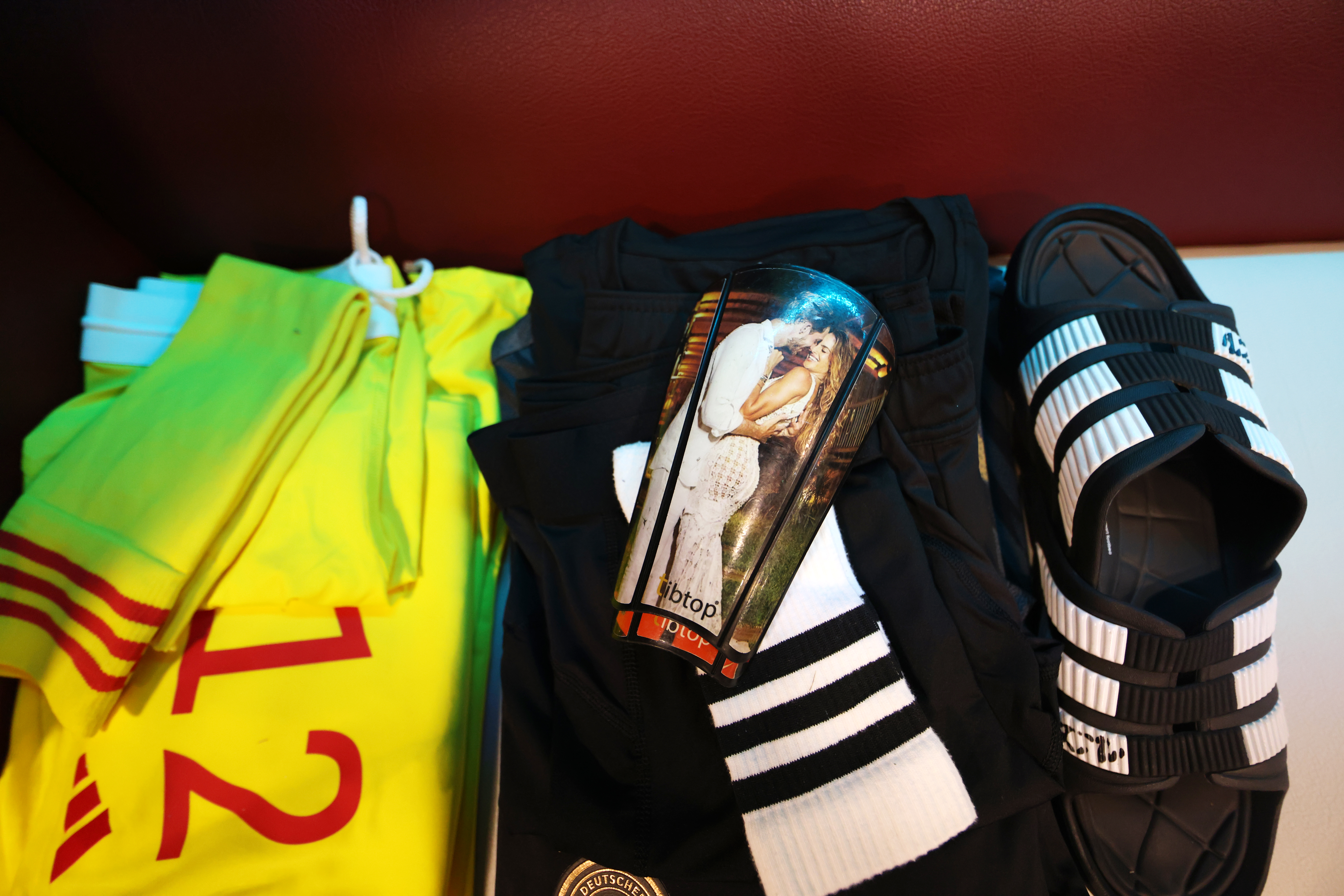 Japan is synonymous with anime – which draws scores of fans.

Shibasaki is clearly a fan, judging by what he was wearing ahead of a match against Costa Rica.

His featured himself, dressed up as a samurai in anime form. 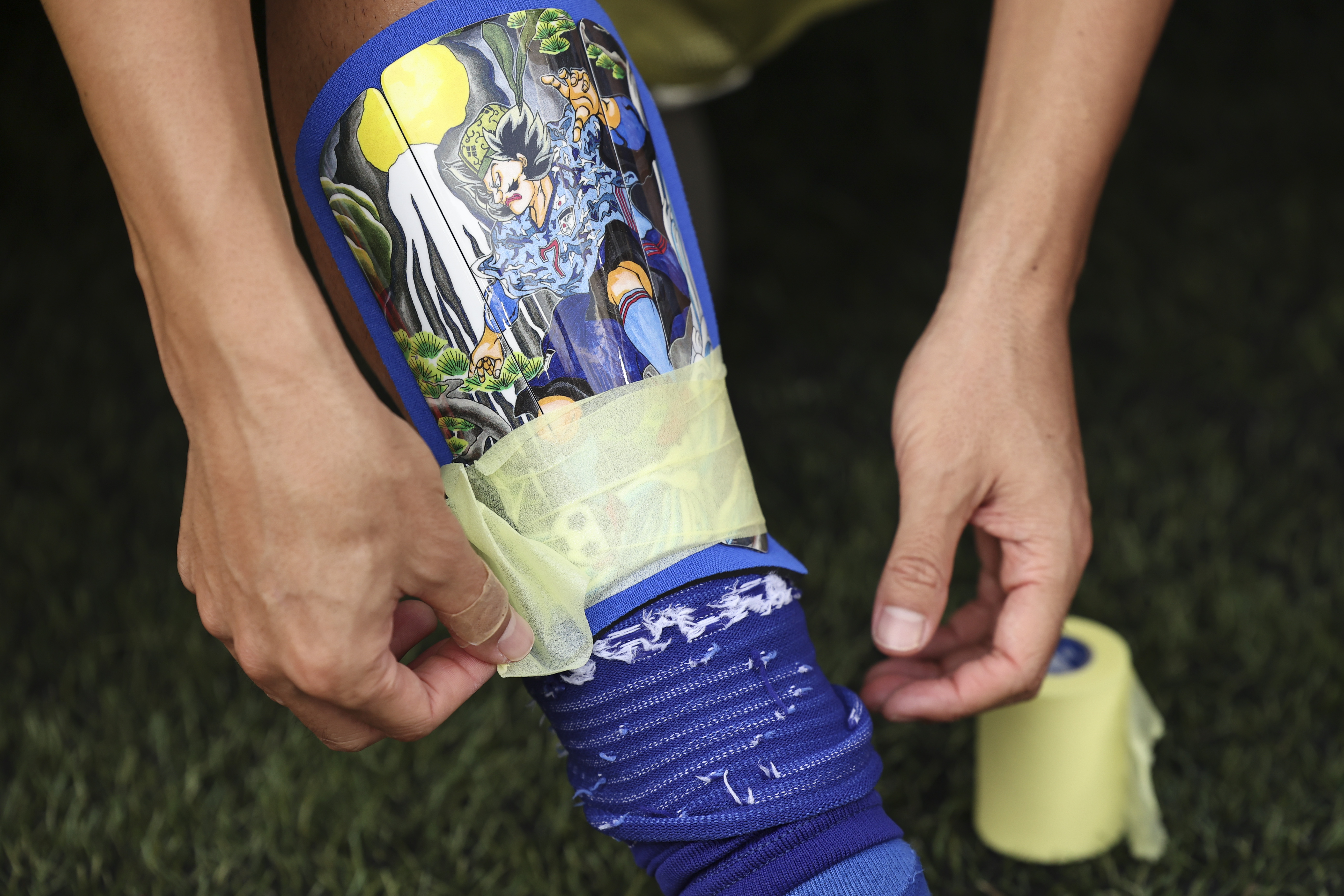 German youngster Adeyemi is also a fan of Japanese anime.

His favourite show is Dragon Ball Z, with characters from that drawn on to his shin pads.

In the past, we've seen other footballers in love with the cartoon including Pierre-Emerick Aubameyang, who has some Dragon Ball Z tattoos. 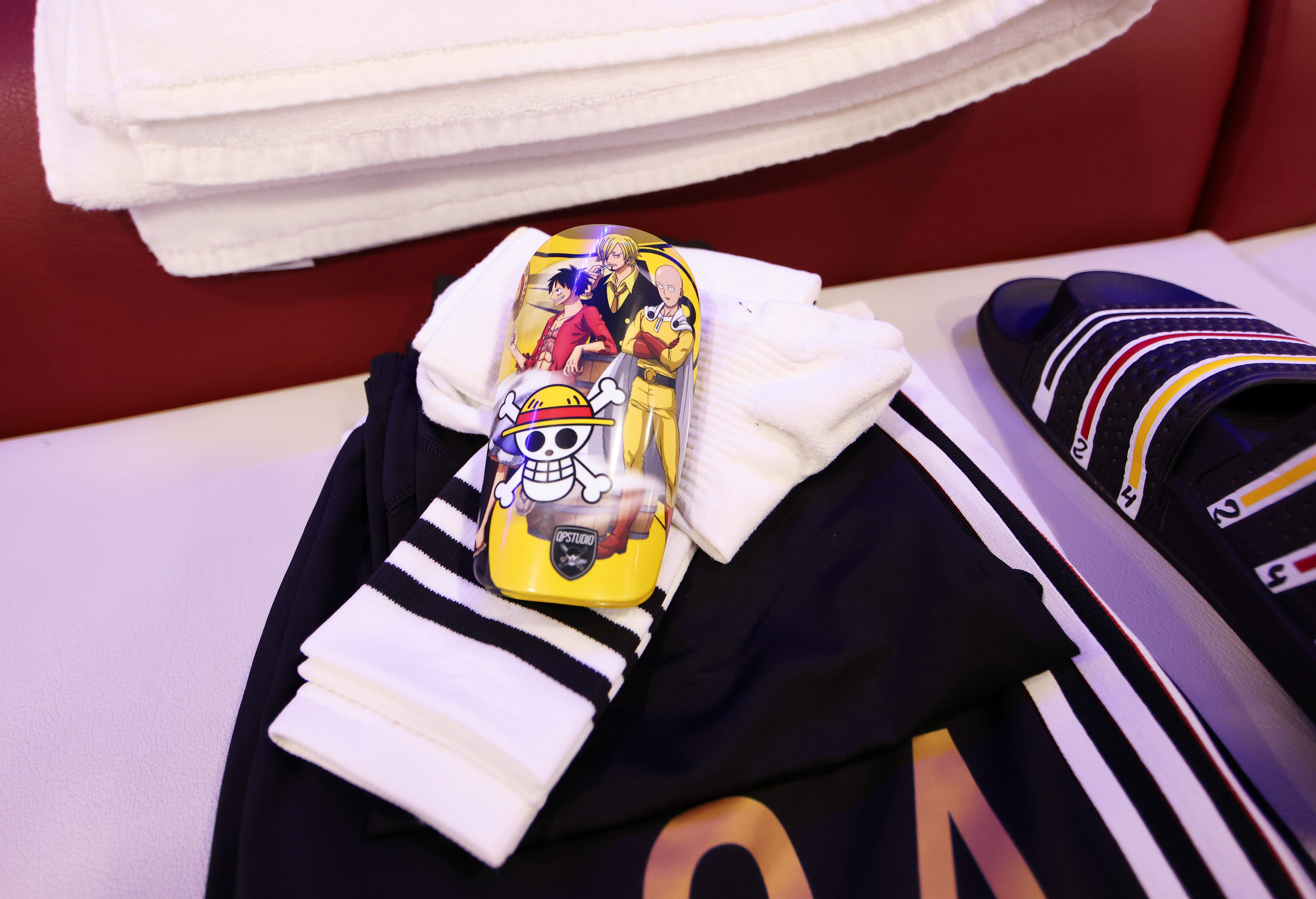 The PSG winger has got all sentimental with his shin pads.

Family means the world to him, as well as his girlfriend Carmen who is featured holding his hand as they walk into the sunset.

Other family members and their names are also adorned on the shin pads. 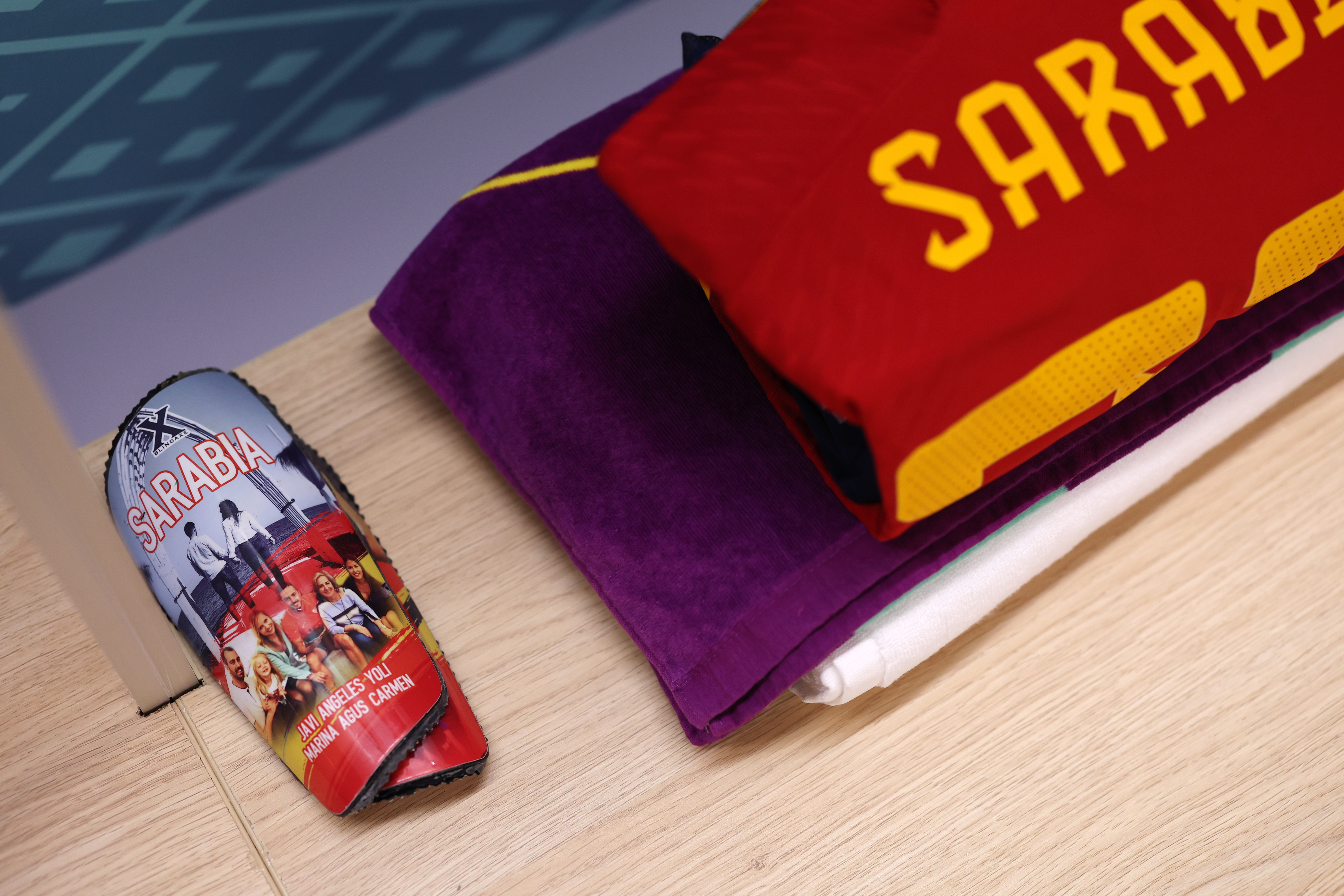 Qatar defender Miguel was born in Portugal, hence what is written on his shin pads.

Translated from Portuguese, "fe em deus" is roughly translated as faith in god in English.

An image underneath it features Miguel pointing up towards the message or the sky, showing he's a religious man. 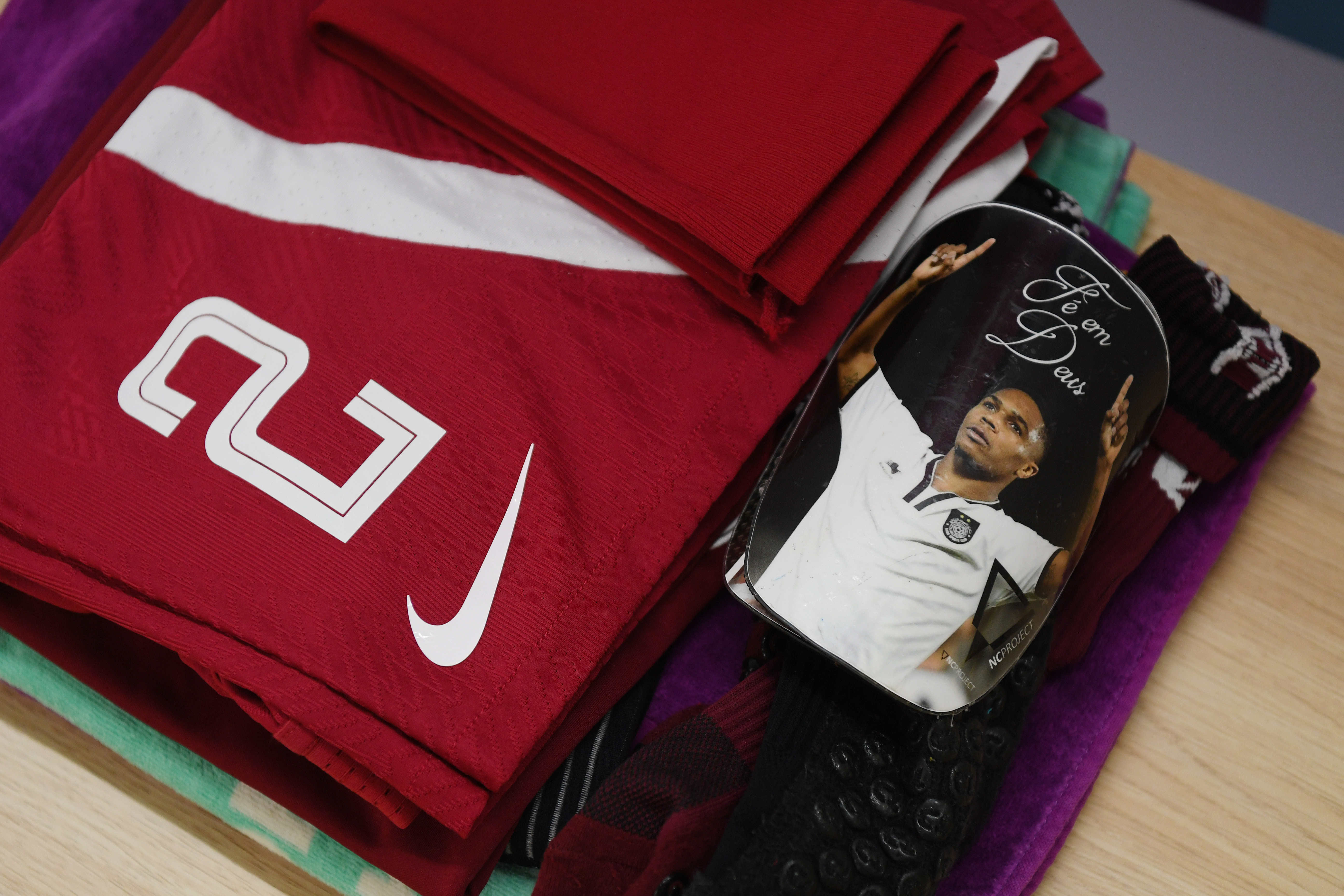