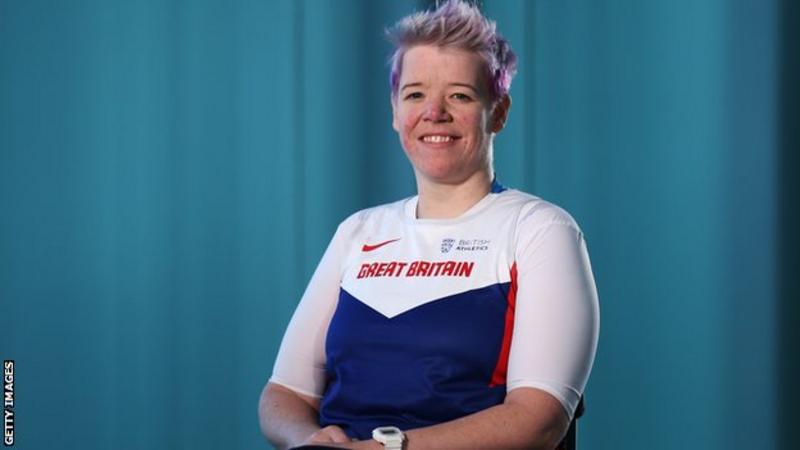 The 40-year-old won the world title in 2015 but finished fourth in London two years later after being plagued by a shoulder injury, yet she was still left wanting more in Dubai.

“It’s a bit bittersweet, the distance wasn’t what I wanted if I’m honest,” she told BBC Sport, after taking Britain’s medal tally to 11 in Dubai.

“But I’m back on the podium after coming fourth in London and that is very nice.

“It is hard when you are injured and you can’t prepare for that, so it’s nice to know that it’s not out of contention.

“Tokyo is next year, the shoulder is re-built and we’ve got a lot of work to do to beat the Ukrainian, but there is still an opportunity.

“I’m back on the podium with a silver medal. Looking at the rankings, I was probably in third place so it’s a bit of a bonus. There’s a lot of work to do, but bring it on.”

Elsewhere on day five of the championships, Thomas Young set a new European record of 11.12 seconds to win his heat and reach the T38 100m final, which will take place in Monday’s evening session.

But Rich Chiassaro missed out on the T54 1500m final, finishing fifth in his heat.