WORLD SNOOKER Championship players Anthony McGill and Jamie Clarke were urged to "leave it" by an official as they confronted each other.

McGill appeared to accuse Clarke of deliberately standing in his eyeline for a shot, and took acceptation. 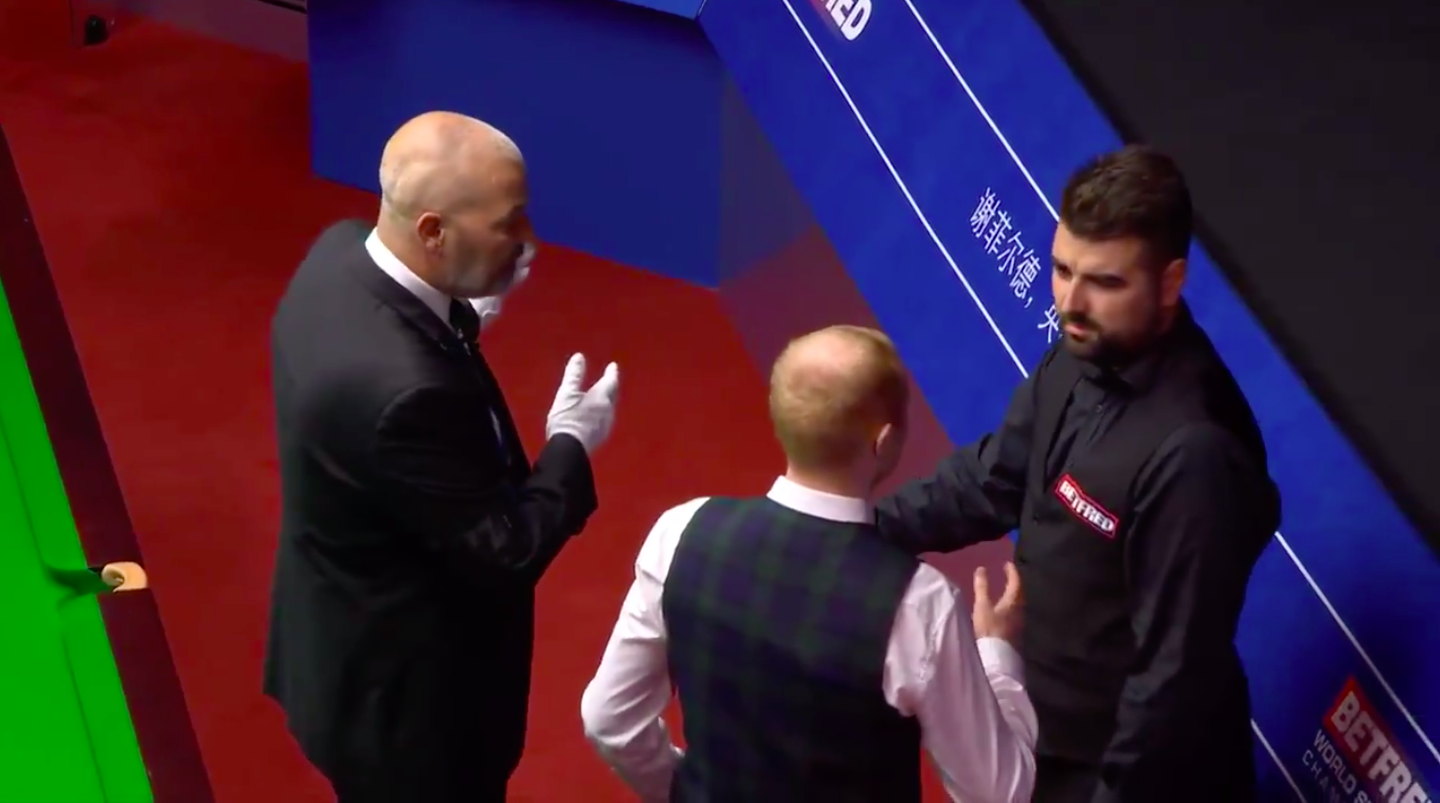 The Scot was then told to sit elsewhere but only after match referee Jan Verhaas was forced to intervene.

McGill’s could have been frustrated as he trailed 7-2 agains the Welshman opponent.

After Verhaas calmed the situation down the frame ultimately ended with Clarke winning to end 8-2 up.

But it is not the victor's first incident at this week championship.

Meanwhile, Ronnie O’Sullivan revealed he feels like Prince William in the glare of the snooker spotlight.

He said: "I suppose in many ways, it’s like Prince William being groomed to be King.

“If you said to me: ‘Would you want Prince William’s role?’ I wouldn’t know where to begin.

“But he has had it since a child and it has become natural I suppose. For me, that’s the same metaphor for snooker."