Wuhan soccer team prepares for another season in isolation 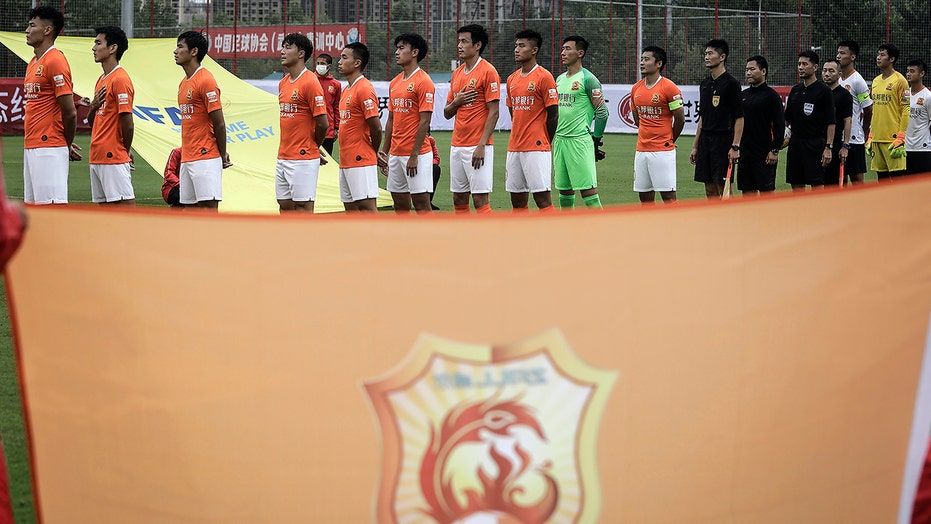 As the coronavirus pandemic stretches into a second year, Chinese soccer team Wuhan FC is back in preseason training.

The club endured quite an ordeal last year after first being stranded in Spain on a preseason tour as its home city was overrun by the virus, and then fleeing the country just before the outbreak hit Europe hard.

They had to spend nearly four months away from home.

“It was difficult on the players because they didn’t know when it would all end,” said former Wuhan coach José González, a Spaniard who was in charge of the team when the outbreak started. “There was too much uncertainty. Now everybody is more or less used to this situation.”

Wuhan FC, known as Wuhan Zall last year, played last season in a “bubble” back in China and nearly ended up getting relegated. The team had to win a playoff match just to stay in the country’s top division.

The new season is expected to begin in April, again in a “bubble” setup, and again far from Wuhan. All games in the league are scheduled to be played in either Guangzhou and Suzhou.

González left the Chinese team in September and is back in Spain taking some time off. He said he needed to recover after the difficulties he went through with the club.

“It was a tough year,” González told The Associated Press. “To be in isolation in a bubble for such a long time is not mentally easy. It’s very difficult. You go from training to the hotel to training and to the hotel again. It’s tough.”

González and the nearly 50 members of the squad left for preseason training in early January of last year, first going to Guangzhou in southern China and then setting up camp near the southern Spanish city of Málaga. The team’s arrival in Spain in late January prompted fears among local residents amid the rapidly spreading outbreak in Wuhan, located in a metropolitan area of about 11 million people in central China.

Not long after the team left Wuhan, that city went into a strict lockdown that lasted 76 days and kept the players from being able to return home. The city accounts for most of the nearly 5,000 deaths from the virus in China.

“They found themselves far from home and weren’t getting a lot of information,” said former Málaga president Fernando Sanz, a former Real Madrid player who was among the Spanish league ambassadors who welcomed the team when it arrived in Spain. “It was hard for them to know what was happening, everything was very confusing.”

Sanz said some of the players lost relatives because of the virus back home, including one player whose grandmother died. He said a big part of the training sessions while the players were in Spain was focused on keeping them mentally healthy.

“It wasn’t easy for them,” Sanz told the AP. “You are away and you know that in your country things are going really bad. There was a lot of talk about all the cases and the deaths back home, this really affected them psychologically. It wouldn’t have been easy if they were at home, imagine being away for so long.”

The team had been expected to leave Spain in mid-February but had to extend its stay in the country because of the situation back home. The new plan was to stay until at least the end of March but that suddenly changed as well after the conditions in Europe got worse and Spain became one of the hardest-hit countries by the pandemic — now with more than 71,000 deaths from the virus.

The team hurriedly left the country on the day the Spanish government declared a state of emergency and said the entire nation would enter a strict lockdown.

Still, the squad couldn’t immediately return home because restrictions in Wuhan remained in place, so it traveled to the city of Shenzen and entered a mandatory quarantine there. Eventually, the players were allowed to go home and see their families for the first time in nearly four months.

González said everything was fine once they finally made it back home.

“Life was totally back to normal after they lifted the restrictions in the city,” he said. “Everything was under control. Life was a lot more normal than it is here now.”

Even in China the pandemic isn’t fully over, and the team will soon be entering another long period of isolation to be able to play in the Chinese league.

This time, though, everyone will be much closer to home.