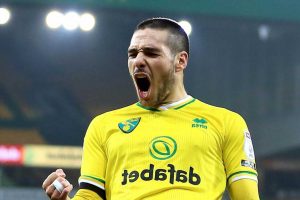 ASTON VILLA have confirmed Emiliano Buendia as their club-record signing in a £38million move from Norwich. The Argentine winger starred in three seasons at Carrow Road and had attracted strong interest from Arsenal. But Villa have sealed the deal, which was confirmed on Thursday. Boss Dean Smith said: "Emiliano has just completed an outstanding season in a championship-winning Norwich side […]