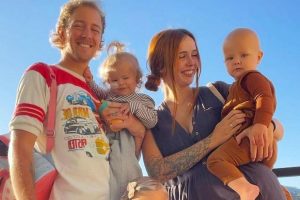 The YouTube/Instagram star told her fans that “fear” had kept her online for longer than she wanted to admit. Acacia Kersey revealed she is quitting social media after enduing an “immense amount of damage” from her role as an influencer. On Tuesday, the 23-year-old online star — who started racking up fans in seventh grade on Tumblr — resurfaced on […]