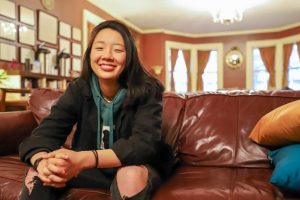 EXCLUSIVE: Sabrina Wu will star as one of the four leads opposite Ashley Park, Sherry Cola, and Stephanie Hsu in Lionsgate’s untitled Adele Lim-directed comedy feature. The movie, intended for an R rating, tells the epic journey of four Asian-American friends traveling through Asia in search of one of their birth mothers. Along the way, their experience will become one of […]