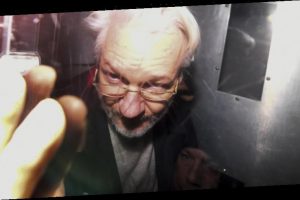 London: A British judge has denied Julian Assange bail finding he is a flight risk. It comes just two days after Judge Vanessa Baraister ordered his discharge from extradition to the United States to face spying charges. The United States government is appealing the ruling and on Wednesday evening (AEDT) successfully argued that the Australian be kept in Belmarsh Prison […] Boy, is Pedro Hernandez proving a problematic poster boy for bail reform. Now 19, he racked up his 15th arrest late Saturday night for driving recklessly and without a license. Cops approached a man urinating at a bus stop; the perp jumped in Hernandez’s car, which allegedly reversed against traffic. With the police siren blaring, the driver fled through several […]