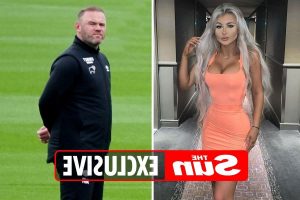 WAYNE Rooney banished two party girls from a room in their apartment to stop them filming him during his drunken night out. New video footage shows the women — stuck on a bed — laughing into camera as they tell how the England legend banned them from entering the room with their phones. A third female party-goer believed to be […]