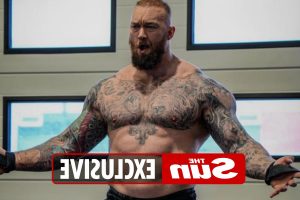 HAFTHOR BJORNSSON says he would relish the chance to fight heavyweight king Tyson Fury after taking on Eddie Hall. But speaking to Muscle and Health, where he also revealed his latest meal plan, Thor admitted the WBC champion would still ‘beat my a**’. Bjornsson, 32, takes on armwrestling legend Devon Larratt later this month in only his third boxing bout. […]