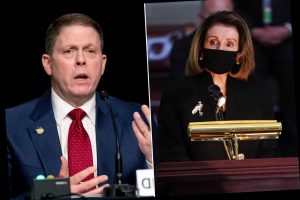 Joe Biden had a good thing going. In a rare adventure outside his basement, he was giving a speech in Pittsburgh that contained some fine passages about national unity mixed with blistering attacks on the president. Most important, he had — finally — crossed the Rubicon in condemning the crime and violence plaguing the nation’s urban areas. “Rioting is not […]