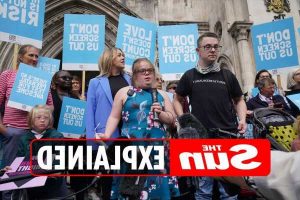 HEIDI Crowter has Down’s syndrome and is also an abortion law campaigner. She, along with two other claimants, though have lost their legal battle against the government. Who is abortion law campaigner Heidi Crowter? Heidi Crowter, 26, from Coventry, had taken her battle with the Department of Health and Social Care to the High Court, claiming the 1967 Abortion Act […]