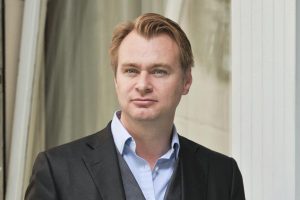 Christopher Nolan is making his next movie at Universal, severing the director’s nearly two-decade long creative partnership with Warner Bros., the company that has backed many of his biggest blockbusters. Getting to this point has involved months of courtship, clandestine meetings, big promises and a willingness to take a creative leap with one of the boldest, but also most demanding, […]

The Hollywood Legion Drive-In Theater will present a weeklong retrospective of Christopher Nolan films beginning Jan. 17. The theater’s Nolan Fest will include the Batman trilogy, “Dunkirk,” “Interstellar” and “Inception.” “We’re excited to offer audiences in the L.A. area a unique opportunity to be swept up in Nolan’s immersive films,” said creative director and chief projectionist Taylor Umphenour. “We feel […]

Christopher Nolan Came Up With Idea for ‘Tenet’ While Making ‘Memento’ The director of ‘The Dark Knight’ trilogy reveals he developed story for his latest time-bending movie from an idea he came up with during the making of his 2000 movie. AceShowbiz -Filmmaker Christopher Nolan first came up with the idea for “Tenet” while making “Memento” 20 years ago. The director has always been interested in exploring metaphysical themes in his […]

‘Tenet’ Rises To $126M Overseas Including $30M From China Bow; ‘Mulan’ Kicks Off With $6M In Handful Of Markets – International Box Office Refresh for latest…: Christopher Nolan’s Tenet added a further estimated $58.1M at the international box office this weekend, taking the overseas cume on the Warner Bros title to $126M after two sessions. With the time-bending film debuting in the U.S. this frame, the estimated worldwide total is $146.2M. The global weekend figure of $78.3M includes previews and covers 46 markets […] The $200 million-budgeted film starring Robert Pattinson will only be released to theaters when ‘exhibitors are ready and public health officials say it’s time.’ AceShowbiz –Christopher Nolan‘s new film “Tenet” has been delayed again, this time until mid-August 2020 due to the coronavirus pandemic. According to editors at Entertainment Tonight, the Warner Bros. movie is now scheduled to hit theatres […]