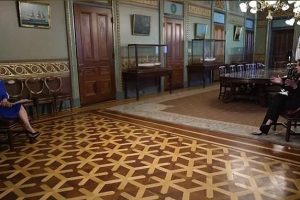 Kamala Harris is slammed for extreme and ‘unnecessary’ social distancing ‘theater’ during CNN interview Vice President Kamala Harris and CNN host Dana Bash appeared to be seated well over six feet apart during the interview on Sunday Viewers were quick to point out the large distance between the two, saying on social media that it was ‘unnecessary’ and ‘all theater’  Harris […] ‘Avengers: Endgame’ directors, Joe and Anthony, have finally broken their silence over the controversial comments made by ‘The Irishman’ director about the superhero film franchise. AceShowbiz -Filmmakers Joe Russo and Anthony Russo have hit back at Martin Scorsese‘s criticism of Marvel movies, suggesting the director isn’t at liberty to say what is and isn’t “cinema”. “The Irishman” director sparked a […]