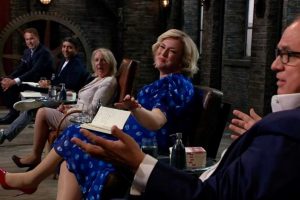 STRICTLY Come Dancing have announced Dragons' Den star Sara Davies as their sixth contestant. The businesswoman was revealed as the next in the line up on Good Morning Britain on Monday. Speaking to Kate Garraway and Ben Shephard about keeping the Strictly reveal a secret, she said: "What I'm dying to know is, did [her mum and dad] guess from […]