US consumer spending slows to 0.3% gain in July 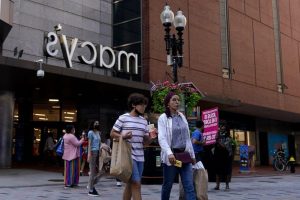 WASHINGTON — Growth in U.S. consumer spending slowed in July to a modest increase of 0.3% while inflation over the past 12 months rose to the fastest pace in three decades. The July increase in spending was down sharply from a 1.1% rise in June, the Commerce Department reported Friday. It was the clearest signal yet that the surge in […] Serbia will sign a free trade agreement with a Russian-led economic bloc, officials said Monday, in a move which could hamper the Balkan country’s efforts to join the European Union. The deal between Serbia and the Eurasian Economic Union (EEU) is expected to be signed on Oct. 25, according to a statement from Serbian President Aleksandar Vucic’s office following his […]