British Army Gurkha, 32, is found not guilty of sexually assaulting female medic after claiming he was trying to keep warm on winter exercise Cpl Basanta Ale Magar cleared of grabbing colleague’s underwear and breast Prosecutor claimed he ‘manipulated’ female medic into moving closer to her Bulford Court Martial cleared the Corporal of the lone sexual assault charge A British […] 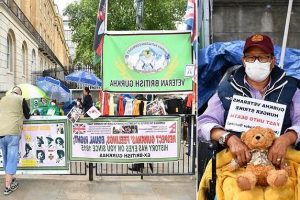 Gurkha veteran staging hunger strike in Westminster is rushed to hospital ‘suffering heart attack’ on 12th day of protest demanding the same pension rights as British-born soldiers Dhan Gurung, 60, is believed to have had a heart attack after 11 days not eating But the former soldier is said to still be refusing to break his hunger strike today The […]