Sarah Harding 'didn't care about being rich or famous and was happiest cooking at home,' reveals ex Chad Johnson 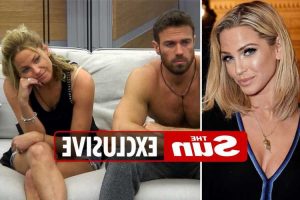 SARAH Harding wasn’t concerned about being rich and famous, her last boyfriend Chad Johnson has revealed. Chad, who dated Sarah after meeting on Celebrity Big Brother in 2017, described her as being happiest when behind closed doors. During her 11 years in Girls Aloud, Sarah became known as the party animal, and fans nicknamed her “Hardcore Harding”. In her bestselling […] Sarah Harding has shared her first social media post since revealing she has cancer to fans, posing a light-hearted video on Snapchat.  The Girls Aloud star, 38, posted a clip of her in the middle of getting her hair dyed as she danced along to a song with a pal.  She was seen with foils in her hair as Sunday […]