Drone killed '2 high-profile ISIS targets' as military says 5,400 of 6,000 Americans in Afghanistan have been evacuated 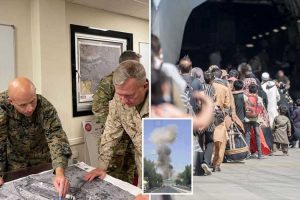 TWO "high-profile" ISIS targets were killed in the US drone attack while 5,400 of the 6,000 Americans stranded in Afghanistan have been evacuated, according to the Pentagon. The military launched its first deadly revenge attack against an ISIS-K yesterday as a "24/7" hunt for those responsible for the suicide bombing at Kabul airport that killed at least 170 people – […]