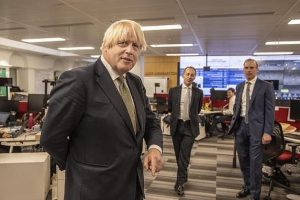 Boris Johnson ‘ignored security guidance to text Saudi Arabia Crown Prince Mohammed bin Salman and billionaire Sir James Dyson on his personal phone’ Ministers were issued with classified advice following the 2019 general election It warned them against using their personal devices and communication apps Despite this, the prime minister is believed to have messaged both Saudi Arabia’s Crown Prince Mohammad […]