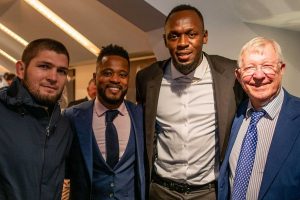 UFC icon Khabib Nurmagomedov has revealed his chat about booze with Sir Alex Ferguson, Patrice Evra and Usain Bolt. The Russian, 33, is teetotal and respectfully turned down the offer of a glass of wine from the legendary former Manchester United boss. As quoted by RT, Khabib said: "I had to explain to him [Ferguson]. "There are two things: you […]

END_OF_DOCUMENT_TOKEN_TO_BE_REPLACED
a, Khabib’s, Sir, to, Warning: 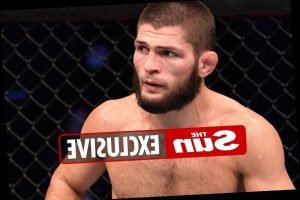 KHABIB NURMAGOMEDOV'S 'competitive' spirit will eventually lead him back to the octagon, a fellow former UFC champ has claimed. The undefeated Russian stunned the mixed martial arts world last October by announcing his retirement after beating Justin Gaethje at UFC 254. Nurmagomedov, 32, flirted with the prospect of returning to the cage last month but has seemingly performed another U-turn. […] KHABIB NURMAGOMEDOV'S destructive victory against Justin Gaethje showed just how good Conor McGregor is. That's the opinion of UFC legend Rashad Evans, who believes the Irishman doesn't get the credit he deserves for his battle with Khabib. In 2018 McGregor tapped out in the fourth round after Khabib had locked him in a rear naked choke. Gaethje got nowhere near […] CONOR McGREGOR has accused bitter UFC rival Khabib Nurmagomedov of using his dad's coronavirus issues to avoid entering the Octagon. In a now-deleted Instagram comment, the Irishman responded furiously to Khabib's cousin mocking him over his submission defeat in 2018. Welterweight fighter Abubakar Nurmagomedov posted a picture of recently retired McGregor gasping for air in his clash with Khabib. His […]