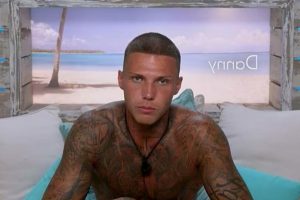 Love Island’sDanny Bibby has come under fire from a women’s charity over his behaviour towards Lucinda Strafford for what they perceived as “gaslighting”. The 25-year-old was dumped from the villa in Wednesday’s episode alongside AJ Bunker after being chosen by the other Islanders to leave. Prior to exiting the villa he had been coupled up with Lucinda, before they decided […]