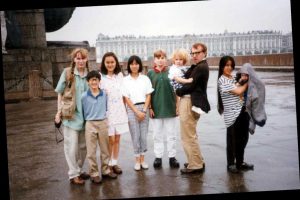 The very public and scandalous divorce of Woody Allen and Mia Farrow — including custody battles, allegations of sexual abuse and the filmmaker’s secret relationship with his adopted daughter — are the focus of the upcoming HBO docuseries Allen v. Farrow, premiering February 21st. Through archival footage, the teaser for the four-part series first shows the Hollywood power couple and […]