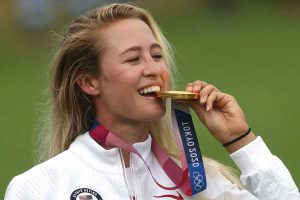 The Mummy Diaries star Billie Faiers has revealed that the show's breakout star – her five year old daughter Nelly – sometimes gets overwhelmed at all the fan attention. Nelly has become a firm favourite among viewers thanks to her funny one liners and overall brilliant personality. But Billie revealed in an exclusive interview with OK! online that sometimes Nelly […]