Johanna Konta Johanna Konta feels at home at Wimbledon even though this year she will be waving to her actual home on her way to the All England Club. Strict coronavirus-related restrictions mean all players are required to stay in designated city centre hotels and are only allowed to leave to travel to the site. For those like Konta who […] 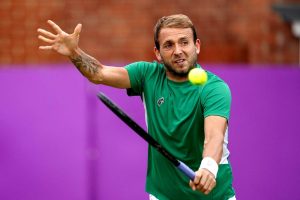 cinch Championships – Day Five – The Queen’s Club British number one Dan Evans was outgunned by top seed Matteo Berrettini as his run at Queen’s Club ended in the quarter-finals. But Britain will have a player in the last four this weekend after Cameron Norrie beat teenage compatriot Jack Draper. In a match delayed by four and a half […] 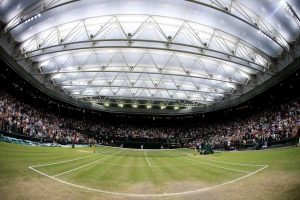 Wimbledon 2019 – Day Twelve – The All England Lawn Tennis and Croquet Club Wimbledon announced detailed plans for this year’s Championships on Wednesday. With less than two weeks until the tournament, confirmation was given of ticketing arrangements and what will be expected of spectators. Here, we answer the key questions. How can I buy tickets? The ballot and queue […] 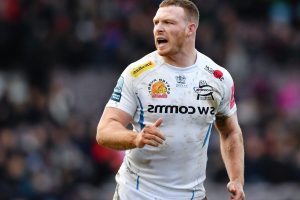 Exeter forward Sam Simmonds in action Exeter boss Rob Baxter has allayed any fitness concerns surrounding Chiefs’ British and Irish Lions forward Sam Simmonds Number eight Simmonds, who set a new Gallagher Premiership try-scoring record this season, went off and had ice applied to his ankle during Exeter’s 29-26 victory over Northampton last weekend. It appeared to be a concern […] 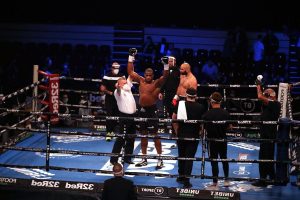 Daniel Dubois celebrates victory Romania’s Bogdan Dinu Daniel Dubois bounced back from his first career defeat with a big second-round knockout victory against Romania’s Bogdan Dinu in Telford on Saturday night. The 23-year-old heavyweight was returning to the ring since seeing his rise severely stunted in November by fellow Briton Joe Joyce It was a devastating loss – the only […]

Rafael Nadal has been impressed by Cameron Norrie’s form this year Rafael Nadal is wary of the threat posed by Britain’s Cameron Norrie in their third-round clash at Roland Garros. It is a measure of Norrie’s success this year that this will be his third meeting of 2021 with the 20-time grand slam champion. Nadal won both the previous ones […]