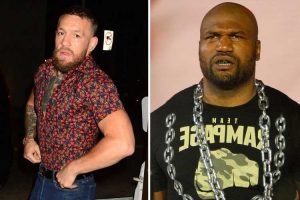 UFC legend Quinton Jackson claims he 'needs to slap some sense into Conor McGregor' for 'beating up old men'. The former UFC and Pride champion was a guest on Ariel Helwani’s MMA Hour and did not hold back in his opinion over some of the incidents involving the Irishman in the past. The 43-year-old, better known as ‘Rampage’, praised the […]