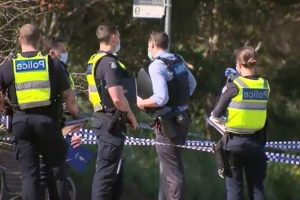 A teenager who stabbed a young woman in a Melbourne park had a police officer call his mobile phone later that day because he thought he had lost his phone and couldn’t recall the attack, a court has heard. Dimitri Evangelou followed the woman and stabbed her three times in the back with his pocket knife on a walking track […]

Heroic teens, 15, recall moment they jumped in to save drowning man as dad-of-five died trying to help TWO heroic teenage boys jumped into the River Thames to save the life of a man who had got into difficulty while swimming.  Jack Staunton and Ralph Sewell, both 15, dived into the water at the beauty spot to help the swimmer after he failed to resurface.  The brave teenagers had been relaxing with a group of friends at Odney […] MORE than 80 types of hummus from major supermarket stores have been recalled urgently over fears they could be contaminated with salmonella. It was originally feared 17 products could contain the dangerous bug but now an earlier recall has been widened to 82 items. Affected products are mostly own-brand varieties of hummus sold by the following retailers: Aldi, Asda, Booker, […]