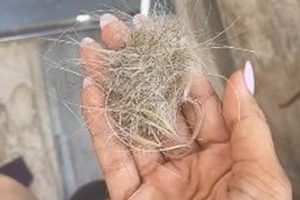 WHEN YOU go to a salon for a treatment you expect to feel nothing but pampered and relaxed, however one woman was left horrified. The woman, called Safia, posted the video to her TikTok account where it has been viewed over 600k times. She filmed some of her hair salon experience and captioned the video: "My bleach hair went a […] Beauty salon boss, 33, who enjoyed round-the-world party girl lifestyle before being jailed for smuggling £1.5m of cocaine is ordered to repay just £41 Stephanie Nelson was pregnant when police stopped her at the Dartford Tunnel Officers found 15kg of high purity cocaine stored in her Hyundai in June 2019 The 32-year-old beauty salon boss with a party lifestyle gave […]

Woman says salon left her with the 'world's sh*ttest eyebrows' A client is in a row with a salon after a treatment which she says left her with the ‘world’s sh*ttest eyebrows’. Melissa Ryan, 21, from Kent, visited Cavendish Aesthetics to get lip fillers but claimed she was pressured into getting her brows laminated by a member of staff who ‘wasn’t fully qualified’. Melissa took to social media to share […]