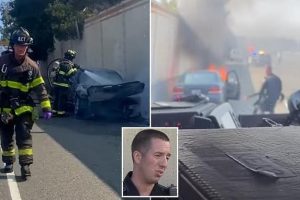 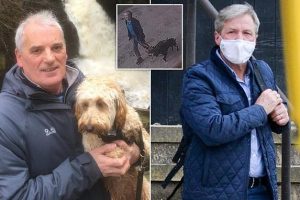 Dog owner who was mauled by ‘frenzied’ Staffordshire bull terrier-pitbull cross while pulling it off his cockapoo wins £1,000 compensation Barry Frost, 58, was attacked while walking cockapoo Maisie near Wigan home He suffered gashes on his arm and a broken foot defending against bull terrier Terrier’s owner Keith Grundy, 59, took control of the dog before disappearing Admitted having […] A HERO mum who drowned after jumping into the sea to rescue her son who got into trouble using an inflatable canoe has today been remembered as an "amazing woman". The mother, named locally as Danielle Chilvers, 37, leapt in to save the youngster and a pal caught up in strong tides at Waxham, Norfolk. Holidaymakers pulled the mum, believed […]