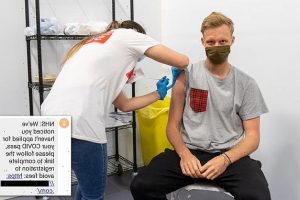 PERSONAL trainer Goda Drelingaite was terrified when a man who said he was from HMRC called and warned there was an arrest warrant in her name. He knew her surname and employment history, and so the 25-year-old believed him when he told her she owed £990 in unpaid tax. They were also aware that Goda had recently spent 10 months […]