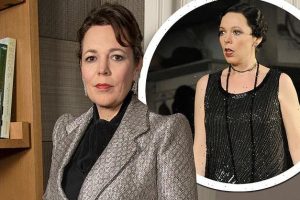 ‘It’s an awful feeling’: Olivia Colman reveals she’s had hypnotherapy to conquer her crippling stage fright after developing a ‘massive fear’ of doing theatre She may have three Golden Globe Awards, a BFI Fellowship and an Oscar, but Olivia Colman has revealed crippling stage fright has stopped her from doing theatre.  The actress, 47, who could win her second Oscar […]