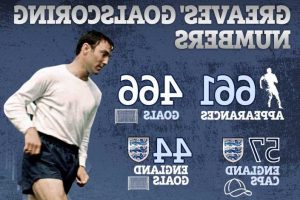 JIMMY GREAVES' record at both club and international level is something to behold. The former striker passed away aged 81 on Sunday after battling dementia and will be fondly remembered as a true great. In 661 appearances as a professional Greaves scored a mind boggling 466 goals. He is Tottenham's record scorer, netting 266 goals in 379 appearances between 1961 […] 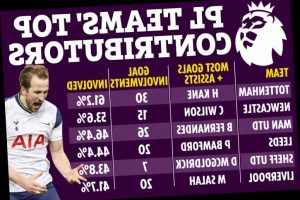 TOTTENHAM boss Jose Mourinho might want to consider wrapping Harry Kane in cotton wool. After all, without the England striker, Spurs would be in real trouble this season. Kane, 27, has been involved in a staggering 61.2 per cent of all of Tottenham's goals this season. In the Premier League, Spurs have scored 49 times – with Kane involved in […] THE JURY in the Court(ois) of Thibaut has condemned the ex-Chelsea keeper to a season of abuse given the crimes against goalkeeping he has committed in recent weeks. The Belgian stopper has had a torrid time of things at the Bernabeu and recently revealed stats make for painful reading. His national manager Roberto Martinez recently claimed Courtois, 27, lost a […]