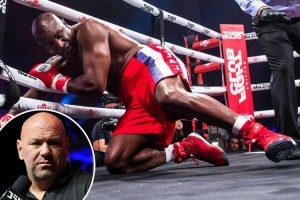 UFC president Dana White has torn into Triller following Evander Holyfield's horrific comeback fight against Vitor Belfort. The former undisputed cruiserweight champion returned to the ring last weekend aged 58 against a revitalised Belfort. The Real Deal – who sparked concerns for his well-being during his open workouts – looked a shell of his old self and was stopped in […]