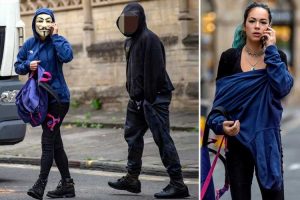 A WOMAN has today denied urinating on a police officer during ‘Kill the Bill’ riots in Bristol. Indigo Bond, 20, denied outraging public decency by deliberately urinating on PC Hume and riot during the chaos in March.  Bond, from Fishponds, will have her trial heard from May 3 next year. Eight more people appeared in court today facing charges relating […]