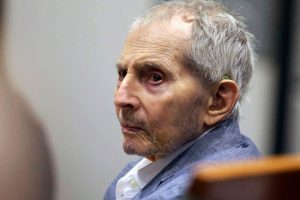 LOS ANGELES — Robert Durst, the multimillionaire real estate heir on trial in the killing of his best friend, was hospitalized Thursday for an unspecified health issue, according to the judge in the long-delayed trial. Los Angeles Superior Court Judge Mark E. Windham said in court that Durst was sent to a hospital in the jail system for “some incident […]