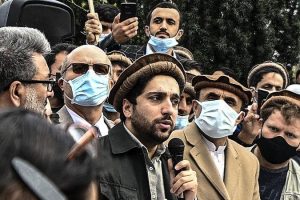 Beirut: The son of a legendary Afghan warlord, who dreams of peace and of one day becoming a physics teacher, has vowed to lead a bloody war against the Taliban’s unjust rule. Ahmad Massoud is holed up in the last Afghan province not controlled by the Taliban, with four helicopters, a few hundred soldiers and a handful of figures from […]