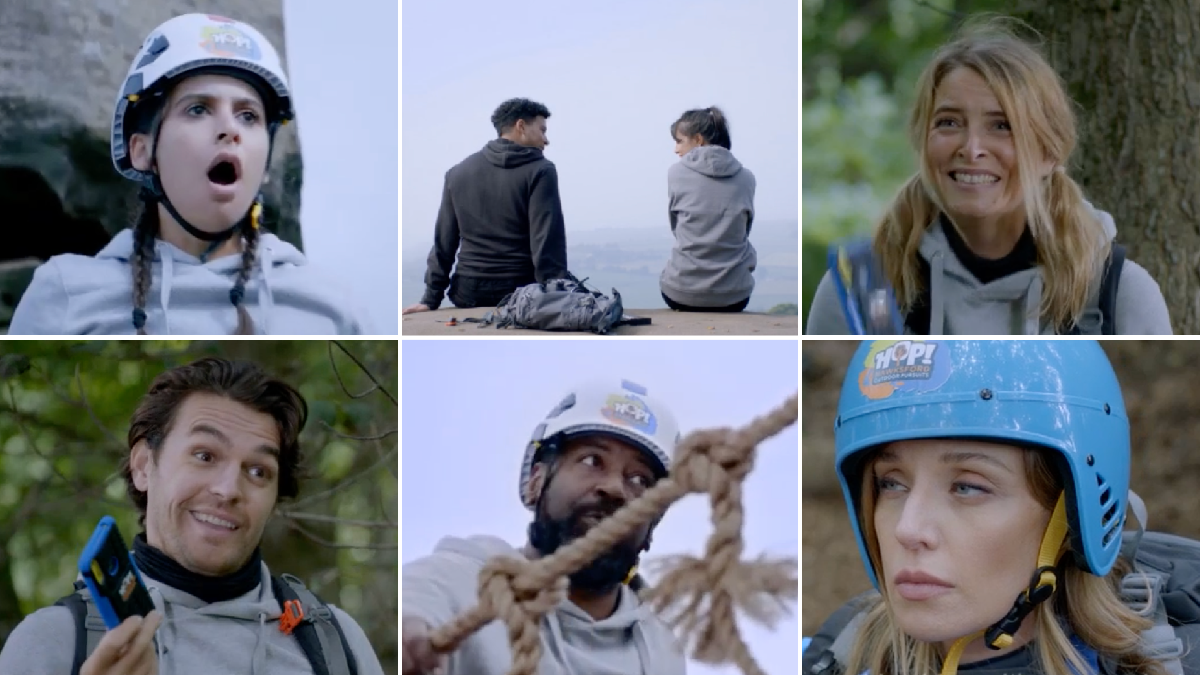 Emmerdale promised fans a week that would change everything, and if the first outing of Super Soap Week is anything to go by, the ITV soap has certainly stayed true to its word!

The highly-anticipated stunt week kicked off in an epic fashion on Monday (October 18), setting the scene for what are arguably the most ambitious instalments in the serial drama’s 49 years on air.

The survival challenge commenced, and the survivalists jumped into their rafts, before setting off down the river – ready for what was shaping up to be an epic day.

However, things soon took a horrible turn, as the bridge collapsed, leaving several of the soap’s finest fighting for their lives in the menacing waters.

With jaw-dropping moments aplenty, and multiple mysteries posed, it’s safe to say that Part 1 of the huge week has left us desperate for more.

Before the next offering, however, we’re delving into tonight’s episode once again, to take a look at all the hints and clues we picked up on, as well as the questions we’re going to need answered pronto!

The event week kicked off with a chilling flash-forward sequence that saw the maze on fire and an unconscious Meena lying at the centre. After a few moments, Meena wheezed – having evidently inhaled a lot smoke.

A horrifying grin consumed her face, as she cackled – delighted by the way in which the day’s events had panned out. While this sequence is likely confirmation that the killer survives the stunt week, the question is: who does not?

We know she’s hellbent on murdering Victoria, and the smile on the face certainly suggests that she got what she wanted. But has Victoria perished in the blaze? Or has someone else? If so, who?

How does the maze go up in smoke?

As noted above, the flash-forward scene revealed that the maze is on fire. But what on earth has transpired? What’s more, will it be the flames that claim lives? Or has dastardly Meena had a role to play?

‘This will be the day that I die’

The survivalists were seen preparing for the days events in the opening scene of the present day narrative, as they exited their tents and got ready for the action.

The montage featured American Pie, which was used in Friday’s (October 15) outing of the soap when David Metcalfe serenaded his teammates.

There was particular focus on the lyric: ‘This will be the day that die.’ Given that we know at least one life will be lost during the survival challenge, it was a tragically apt use of music.

Meena was quick to wind Andrea Tate up about how well ex lovers Charles Anderson and Manpreet Sharma were getting along at the survival challenge.

The killer has been hellbent on splitting Charles and Andrea up, as she believes the former belongs with Manpreet. Now that Manpreet has separated from Rishi, it’s clear that Meena is planning on meddling all the more.

Andrea shot Meena a look of resentment after her comments. Will this prove important to future episodes? Could we see Andrea playing a pivotal role in Meena’s downfall? it’s clear that she’s not fond of Meena, that’s for sure!

As the survivalists paddled to dry land in their rafts, Charity made it quite clear that she wasn’t a fan of the water, claiming that she is ‘drownophobic’. Billy Fletcher, amused, joked that she should ‘try and avoid’ drowning in that case.

This line could very well be an omen of things to come, as Tuesday’s (October 19) edition of the serial drama will see Mackenzie Boyd fearing the worst when he hears a loud scream coming from the pond, and – as he approaches it – he sees large ripples moving across the water.

Will Charity end up drowning after all?

Does Charles still have feelings for Manpreet?

It’s clear that Meena’s tricks paid off, as Andrea started to question Charles over whether or not he still has feelings for Manpreet. He claimed he does, but only in a friendly way. Andrea, however, was unsure of whether she believed him, and the final moments of the episode indicated that the doubts are still there.

Is Charles being honest? Or is he still holding a torch for his ex?

Charles, desperate to get Andrea back on side after her questions, suggested that they ‘just survive the survival day’ before they worry about moving in together.

The question is: will Charles and Andrea both make it out of said survival day alive?

Victoria is ‘scared of heights and water’

Victoria was terrified while attempting to make her way down the side of the cliff, and – after giving it more thought – she decided to pull out of the challenge, much to Meena’s dismay.

David attempted to console her, with Vic telling him that she’s only just realised that she’s ‘scared of heights and water’.

Heights she may have avoided, but little did she know that she was about to be thrown into the terrifying waters, after the bridge gave way while she was on it!

Charles told Manpreet that he wasn’t having fun because the waters were a bit choppy ‘metaphorically speaking’, referring to the rift between he and Andrea.

But he was about to find out just how choppy the water is LITERALLY, after he descended from the bridge right into it!

Priya and Ellis’ decision to head off to the maze

Priya Kotecha and Ellis Chapman left the others for a bit of alone time on a cliff. Before long, however, they made the decision to depart and head to the maze ahead of the survivalists.

With the flash-forward scene having shown the maze on fire, one can’t help but wonder if either Priya or Ellis’ lives will be on the line, or will they perhaps see something they shouldn’t?

‘It’s all about Meena’

This entire week, in fact, is centred around the killer, and her hunt to claim another victim.

Stolen phones – an omen of things to come?

Mackenzie and Charity separated from their respective groups, and found themselves alone in the woods together. It soon became apparent that they were lost.

In typical Mack and Charity fashion, however, they’d nicked Ben and Billy’s phones! While it’s all fun and games for the two schemers, one can’t help but wonder if this decision will come back to bite them?

Ben and Billy, being the two team captains, would’ve likely taken their phones in case of an emergency.

An emergency, such a the collapsing of the bridge…

Who dies in shocking bridge collapse?

The first of Emmerdale’s huge stunt week episodes concluded with not one, not two, not three, but FOUR characters fighting for their lives.

Manpreet and Charles were having a private conversation on the bridge, before David and Victoria joined them. Ben and Billy had made quite clear earlier in the day that said bridge could only hold two people at once, and before long, it gave way!

Charles and Manpreet plummeted into the icy waters, while David and Victoria held on for dear life. The question is: will any one of the aforementioned four die? Or will they be rescued in time?

If only Ben and Billy had their mobiles on them!