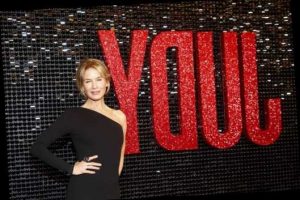 Like reboots and revivals, biopics are a Hollywood trend. And Lucille Ball is the latest person to become the subject of one.

Nicole Kidman and Javier Bardem are, according to Deadline, in negotiations to play Ball and Desi Arnaz in Being the Ricardos. Directed and written by Aaron Sorkin, the film chronicles one week of the couple’s relationship while filming their iconic TV series, I Love Lucy. Until Being the Ricardos premieres, there are plenty of other biopics about women to watch.

Renée Zellweger made her return to the big screen in 2019’s Judy. Playing famed singer and actor Judy Garland, Zellweger’s performance earned her both a Golden Globe and an Academy Award.

Directed by Rupert Goold, Judy finds Garland 30 years after starring in The Wizard of Oz. She arrives in London, England, to perform to sold-out crowds at a nightclub. In between missing her children and spending time with her future husband, Mickey Deans, Garland gives a moving performance of “Over the Rainbow.”

Watch Cynthia Erivo play abolitionist Harriet Tubman in the 2019 biopic, Harriet. Directed by Kasi Lemmons, the two-hour film follows Tubman as she escapes slavery and liberates hundreds of others using the Underground Railroad.

Erivo’s performance earned her Golden Globe and Academy Award nominations not just for her acting but for the original song, “Stand Up.”

In 2016’s Jackie, Natalie Portman portrays former first lady Jacqueline Kennedy in the week following the assassination of her husband, President John F. Kennedy. Grieving, she must plan a funeral and be there for their two children.

Along the way, Jackie realizes that what she does in the immediate aftermath of her husband’s death will not only be scrutinized but remembered forever by history.

Jackie received three Oscar nominations including a Best Actress nod for Portman. Ultimately, the film left the Academy Awards emptyhanded. Although the film did receive a BAFTA win for costume design.

Jackie’s not currently streaming on Netflix or Hulu but it is available to rent for $3.99 on Amazon Prime Video.

See Michelle Williams give a Golden Globe-winning performance in My Week with Marilyn. The actor plays Marilyn Monroe opposite Oscar winner Eddie Redmayne as a young man who becomes enchanted with the movie star while she’s in England.

The film is based on Colin Clark’s books, The Prince, The Showgirl and Me and My Week with Marilyn. They document the time he spent on the set of the 1957 film, The Prince and the Showgirl, as well as his encounters with Monroe.

Watch My Week with Marilyn on Netflix.