Though many are familiar with its namesake work, David Hockney’s famous 1967 painting of a splash rising up from a placid California swimming pool, fewer know Jack Hazan’s too-little-seen 1974 documentary of the same name. An early entry into the documentary/narrative hybrid genre, the film “A Bigger Splash” honors Hockney and his mesmerizing work with a portrait of the artist worthy of his creative genius.

A new 4K restoration of this masterpiece of queer cinema will play New York City’s Metrograph later this month, offering audiences a rare chance to catch this seminal work on the big screen. IndieWire is debuting the brand new trailer exclusively below.

The story that Hazan extracted from the reams of largely improvised material that he shot concerned the agonized end of the affair between Hockney and his muse, lover, and model, an American named Peter Schlesinger, caught with such disarming candor that Hockney was at first embarrassed of the results. He would later come to embrace the film.

Following the release of “A Bigger Splash,” Hazan went on to shoot and direct “Rude Boy” with David Mingay. Part fiction, part documentary, the 1980 film tells the story of a young man who quits his job to become a roadie for The Clash, and features extensive footage of the British punk band playing a concert in London’s Victoria Park.

The Guardian’s Philip French ranked it “among the most strikingly original films on a modern artist,” calling the film “an insightful portrait of the artist and his world, artfully organised [sic.] and beautifully lit.”

LGBTQ audiences will no doubt enjoy seeing the relationship between Hockney and Schlesinger play out, as well as a getting a rare peak into Hockney’s storied circle of artists and socialites. The pleasures for art historians include seeing Hockney finishing one of his most seminal paintings: “Portrait of an Artist (Pool with Two Figures)” from 1972.

“A Bigger Splash” will open at New York’s Metrograph on June 21, per the theater’s new distribution venture, with a national expansion to follow. Check out the exclusive trailer and poster below. 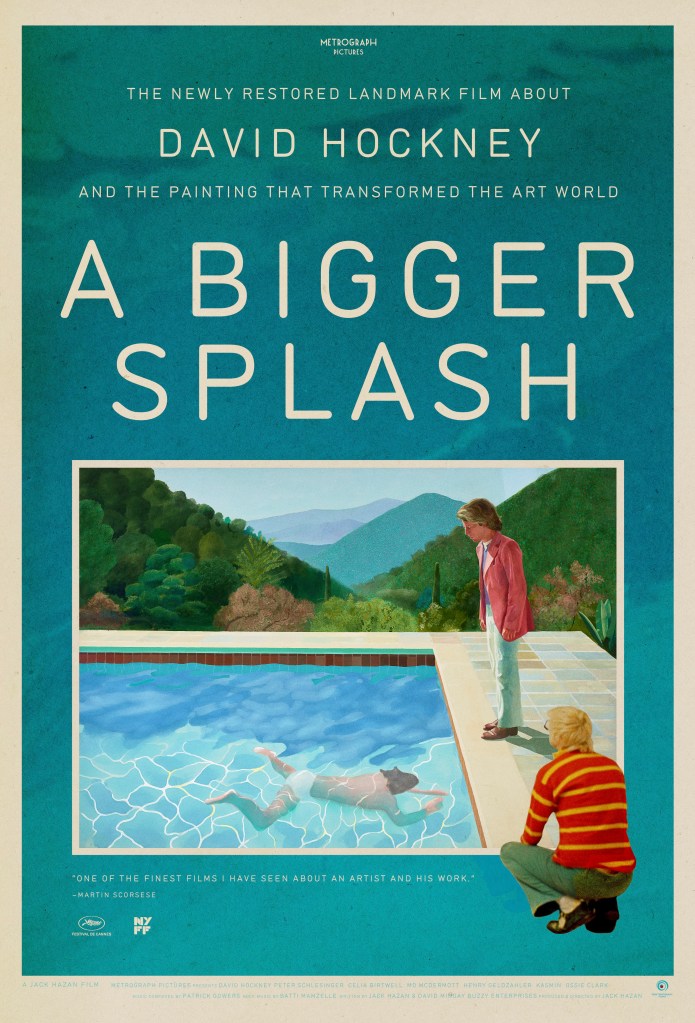