ABC Sets 2 Seasons of 'The Bachelorette' to Air This Year 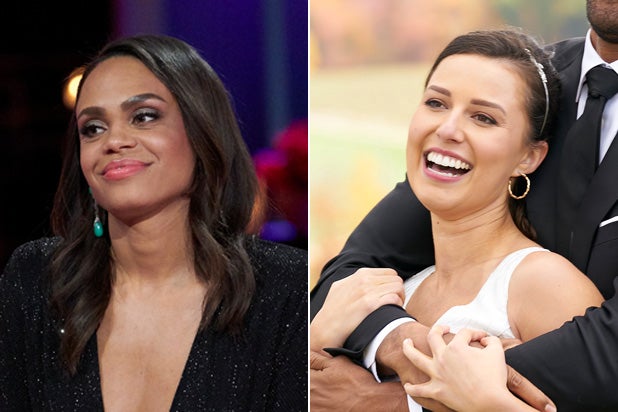 ABC will air two seasons of “The Bachelorette” this year, with fan favorites Katie Thurston and Michelle Young both selected to get a turn as the centerpiece of the franchise.

Thurston’s season will premiere first, as part of ABC’s summer schedule, while Young’s will air in the fall. The news was announced during the “After the Final Rose” special hosted by Emmanuel Acho on Monday.

Young and Thurston both competed on Matt James season of “The Bachelor,” with Young lasting until the finale, when she was sent home in favor of Rachael Kirkconnell. Read more about the two Bachelorettes below.

As previously announced, Chris Harrison, the longtime face of the “Bachelor” franchise, will take the upcoming season off after temporarily stepping away from the series earlier this year. Former Bachelorettes Tayshia Adams and Kaitlyn Bristowe will step in as co-hosts.

Adams will become the second person of color to host the show, following Emmanuel Acho’s turn hosting Monday’s “After the Final Rose” special.

The franchise has come under heavy scrutiny in recent weeks over its handling of race, with even James, the first Black Bachelor, breaking tradition to speak out while his season was still airing. James condemned Harrison for a widely criticized interview with former “Bachelorette” star Rachel Lindsay in which the host appeared to defend a contestant’s racist actions.

In his apology for the interview, Harrison announced that he would temporarily step away from his role as host, saying that he is “dedicated to getting educated on a more profound and productive level than ever before.”

“As we continue the dialogue around achieving greater equity and inclusion within ‘The Bachelor’ franchise, we are dedicated to improving the BIPOC representation of our crew, including among the executive producer ranks,” ABC and producers Warner Horizon said in a joint statement announcing the new “Bachelorette” hosts last week. “These are important steps in effecting fundamental change so that our franchise is a celebration of love that is reflective of our world.”