ABC is basking in the primetime spotlight of the NFL as its coverage of the Los Angeles Rams-Arizona Cardinals game on Monday Night Football was the night’s top-rated program.

The Rams’ 30-23 victory earned a 1.5 demo rating in the adults 18-49 demographic and 6.69 million viewers, per Nielsen fast affiliates. However, numbers are set to rise as they usually do with major live events, like sports. ABC’s coverage was significantly behind NBC’s Sunday Night Football coverage the previous night (4.0, 15.06M).

Monday’s numbers marked season highs for the CW drama in both demo rating and viewership. Last night’s episode was the most-watched since the previous season ender. 4400 (0.1, 390K) followed in the 9 p.m. hour.

CBS was all repeats Monday. 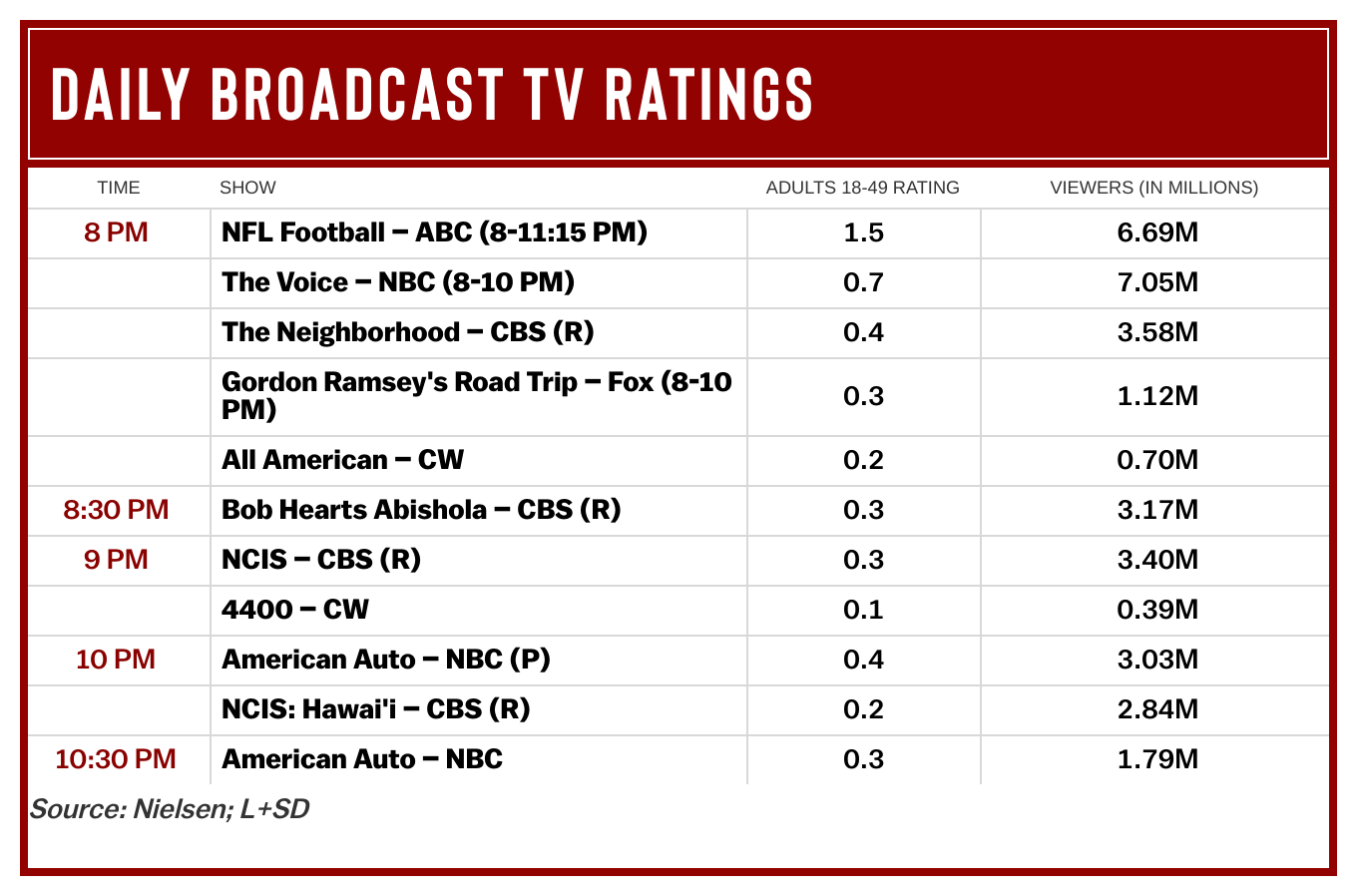 ‘Spider-Man: No Way Home’ Review: The Most Exciting, Surprising, Emotional Spidey Of Them All