All the predictions The Simpsons got right about 2021 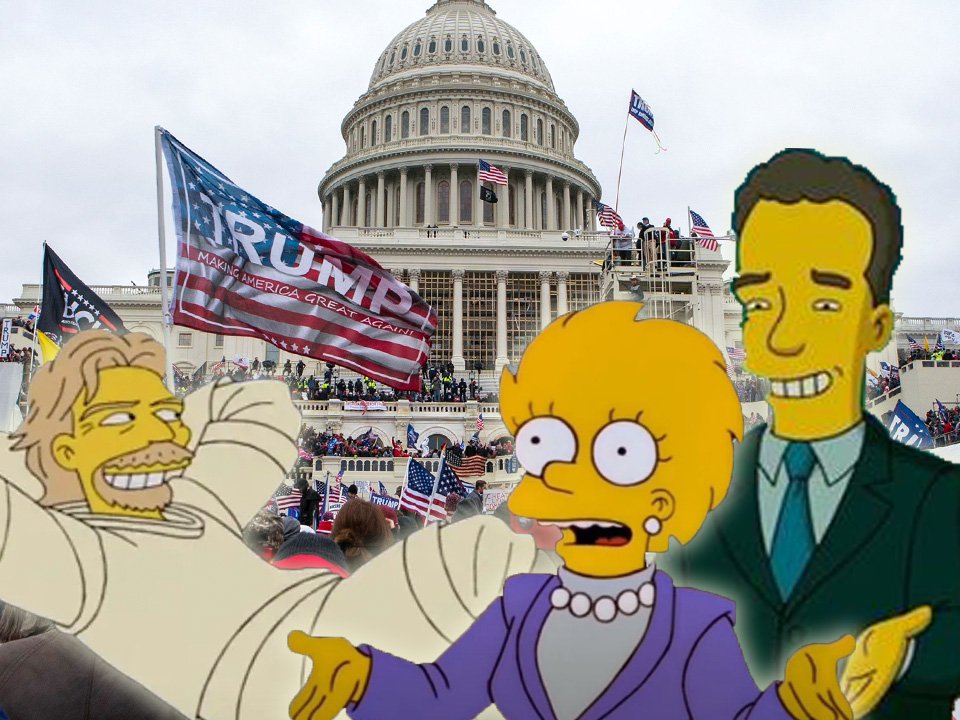 The Simpsons has been keeping us entertained for over 30 years, with the show now in its 33rd series.

But as well as keeping us all amused, the antics of Homer, Marge, Bart, Lisa and Maggie have also proven to be strangely prophetic at times – with several major world events having been ‘predicted’ by the show.

From Donald Trump’s presidency through to the Covid pandemic, the show has been cited with getting an awful lot correct about the real world – and they’re still doing it to this day.

So just what did the Simpsons predict would happen in 2021?

While they may not have predicted Joe Biden per se, the 2000 episode Bart To The Future did see Lisa, as the first female president of the United States, taking over from Trump and picking up a whole lot of debts.

The scene in question sees Lisa, in the Oval Office, saying: ‘As you know, we’ve inherited quite a budget crunch from President Trump.” When she asks Secretary Van Houten (aka the grown-up Millhouse) how bad it is, he tells her: ‘We’re broke’.

With concerns over the Capitol riots and the pandemic, Joe Biden’s inauguration in January 2021 was a more low-key affair, bolstered by a TV special hosted by Oscar-winning legend Tom Hanks.

It turns out however that The Simpsons may have predicted that too – with Hanks appearing in a scene in 2007’s The Simpsons Movie, in which he delivers a similar address to the nation. ‘The US government has lost its credibility, so it’s borrowing some of mine,’ he proclaims in a TV advert screened after Springfield has been placed under a glass dome.

However it wasn’t long before Simpsons fans realised a Branson lookalike did the same in season 25.

The image was simply captioned ‘The Simpsons predicted it.’

The theory started after one social media users sliced together news montages alongside a scene from The Simpsons which shows an alien stating they are from the planet Omicron Persei 8.

Did anyone else think of this when they heard about the new ‘Omicron’ varient? pic.twitter.com/UU0Uy4cNAq

The clip comes from Matt Groening’s other show Futurama, rather than The Simpsons – but that didn’t stop fans suggesting The Simpsons had something to do with it.

In this case though, since Omicron is a Greek letter, it would seem to be just pure coincidence.

The Simpsons currently airs on Sky One and Channel 4.