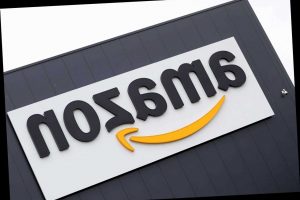 Amazon announced on Wednesday that it is acquiring podcast startup Wondery, marking another major push into audio content for the company.

Amazon began offering podcasts on its Amazon Music Service in September 2020. Amazon’s purchase of Wondery, which was the largest independent podcast company on the market, could help it better compete with rivals such as Spotify and Apple in the increasingly lucrative podcast market. Amazon already owns Audible, a podcast and audiobook service that also boasts its own original content

“Amazon Music launched podcasts in September 2020, and together with Wondery, we hope to accelerate the growth and evolution of podcasts by bringing creators, hosts, and immersive experiences to even more listeners across the globe,” Amazon said in a statement.

Wondery, which was founded in 2016, offers a variety of popular podcasts, including “Dirty John,” a true crime story about an abusive man, “Dr. Death,” which centers on medical malpractice, and “Joe Exotic: Tiger King,” among others. A handful of Wondery’s podcasts, including the aforementioned “Dirty John” and “Dr. Death,” have or are being adapted into television shows.

It is unclear how the deal could impact future film and television adaptations of Wondery’s podcasts. An Amazon spokesperson declined comment. A Wondery spokesperson did not return a request for comment.

Amazon noted in its announcement of the deal that Wondery’s podcasts would continue to be available on platforms outside of Amazon Music.

“When the deal closes, nothing will change for listeners, and they’ll continue to be able to access Wondery podcasts through a variety of providers,” Amazon said in a statement.

Earlier in 2020, Wondery CEO Chief Executive Hernan Lopez was charged with wire fraud and money laundering alongside two former FOX TV executives. The Los Angeles Times reported on Wednesday that Lopez will leave Wondery after the deal closes and the company’s Chief Operating Officer Jen Sargent will take over the leadership team.

The Wall Street Journal reported on December 2 that Amazon was in talks to buy the podcast maker. The talks valued Wondery at over $300 million, according to the publication. The company was valued at $100 million in July 2019.