Home » TV & Movies » Andrew Neil shuts down Susanna Reid on why he quit the BBC: ‘Ask THEM!’

Andrew Neil shuts down Susanna Reid on why he quit the BBC: ‘Ask THEM!’

Andrew Neil, 71, announced last week he was going to be stepping down from his role on the BBC to front a new 24-hour news channel, rivalling the likes of Sky News. In his first interview since revealing his decision on Good Morning Britain, the broadcaster was questioned about what he was going to be doing with his new duties on the new network GB News, as well as why he decided to leave the broadcasting giant he has been a frontman of for quarter of a century. However, he ended up subtly shutting down Susanna Reid, 49, as he explained why he was taking on a new challenge. 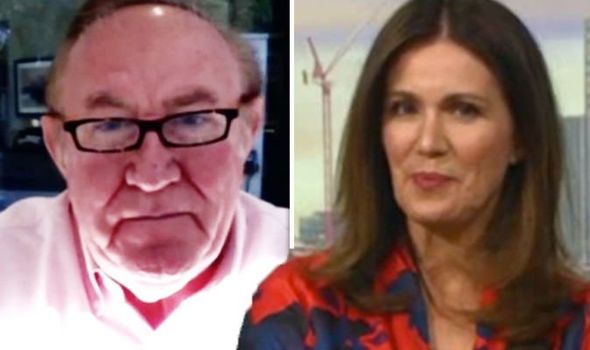 After the presenter posed the question to the journalist, Andrew replied: “Oh, you’ll have to ask the BBC that.

“Look, I don’t really want to look back. I enjoyed my years with the BBC and I’ve been surrounded by some of the most talented people in broadcasting.

“There are times I’ve been unhappy with how the BBC has treated me – they wouldn’t move This Week to a better time slot.

“They cancelled The Andrew Neil Show even though it was beating Channel 4 News every time it was on,” he continued.