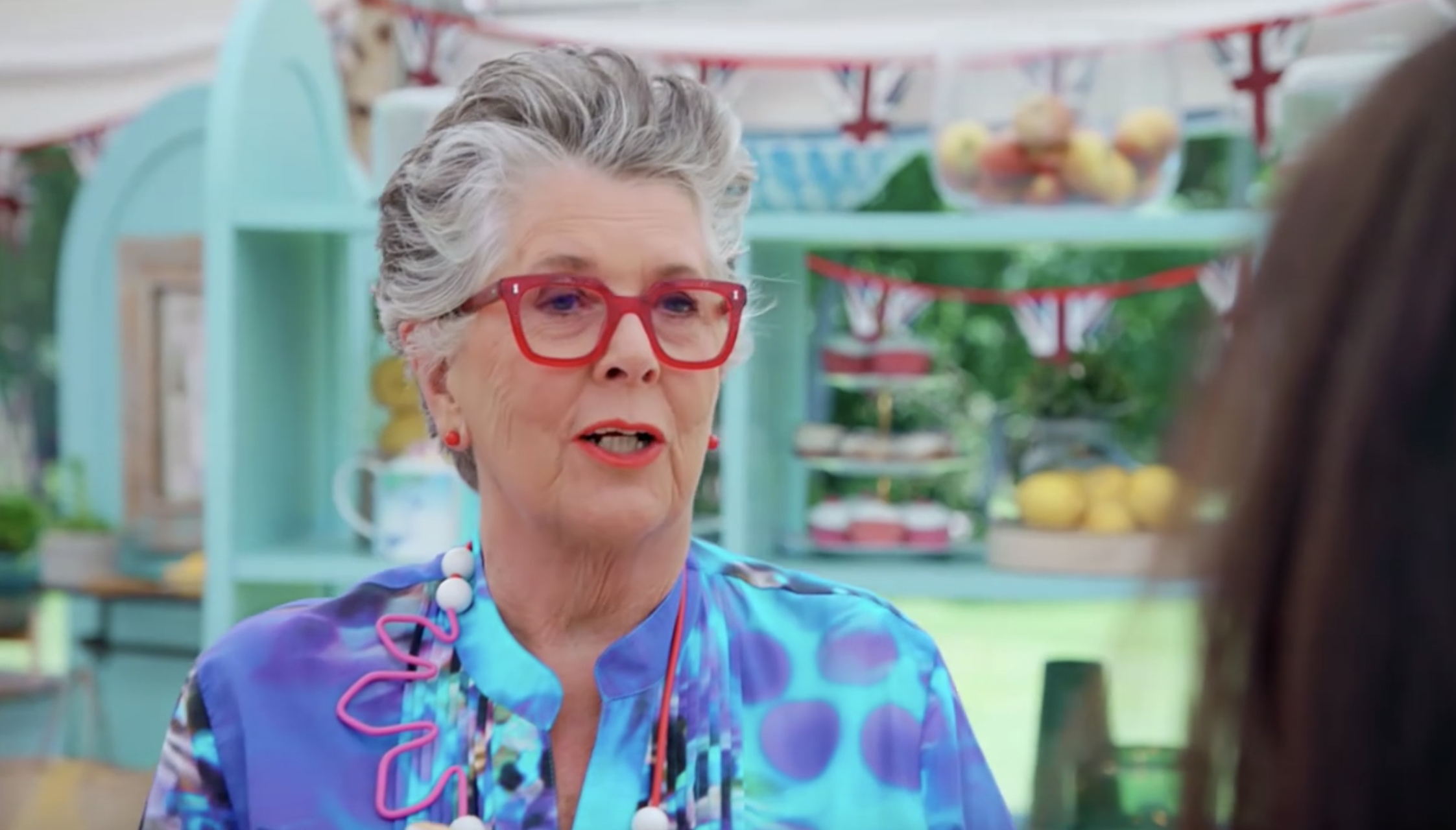 Fans of The Great British Bake Off have expressed their fury after judge Prue Leith said that a bake was ‘worth the calories’, explaining why the remark is a ‘harmful’ and ‘unnecessary’.

On the latest episode of the Channel 4 show, Freya Cox became the latest contestant to leave the competition during German Week, after being tasked with making German biscuits for the signature, Prinzregententorte for the technical and a yeast cake for the showstopper challenge.

During the first challenge when sampling Amanda Georgiou’s biscuits, Prue expressed her delight over the taste, saying it was an ‘astonishingly good biscuit’.

‘The biscuit is very short and buttery and delicious. The jam is sensational, I mean it really is. Worth every calorie,’ she said.

Several Bake Off fans immediately took to Twitter to criticise Prue’s use of the phrase ‘worth every calorie’, something which she has said before on a number of occasions on the series.

Some explained how saying that something is ‘worth the calories’ feeds into ‘diet culture’, while others highlighted how phrases such as that one can impact people who have been affected by eating disorders.

Others expressed their view that there’s no need to discuss calories on a baking show, when the focus should be on the taste and looks of the bakes.

‘Prue again saying “it was worth every calorie” really grinds on me,’ one person tweeted, using the hashtags ‘#anorexia’ and ‘#edrecovery’ to refer to eating disorders.

‘PLEASE could someone tell Prue that ‘worth every calorie’ is a harmful sentiment that she should really not be making into a catchphrase? #GBBO,’ another person said.

Someone else wrote: ‘Does anyone else get unreasonably furious when Prue says “worth every calorie”? just f**king enjoy it and let us enjoy it.’

In her goodbye letter, Freya encouraged viewers to try vegan baking, writing: ‘If I have inspired just one person to give being vegan a go, that is more of a success to me than winning any day of the week.’

Metro.co.uk has contacted Prue Leith’s representatives and Channel 4 for comment.

If you suspect you, a family member or friend has an eating disorder, contact Beat on 0808 801 0677 or at [email protected], for information and advice on the best way to get appropriate treatment

The Great British Bake Off returns next Tuesday at 8pm on Channel 4.