In a recent episode of BBC programme Bargain Hunt, Anita Manning went to Ardingly in East Sussex where she discovered the staggering valuation of a real Willy Wonka Golden Ticket was used as a prop in the 1970s movie. Anita spoke with auctioneer Catherine Southon about the special discovery, who explained to her that the ticket used to belong to actress Julie Dawn Cole, who played spoilt child Veruca Salt in the Gene Wilder film.

Catherine told expert Anita that Julie gave the Willy Wonka chocolate bar, which was actually made out of cardboard, and the Golden Ticket to her childhood friend 48 years ago, when she was just 12.

Anita began: “I believe you have something very special in today’s sale.”

Catherine replied: “I do Anita and I want to show you this because it’s very special and it’s something that as a child I would have dreamed of having. 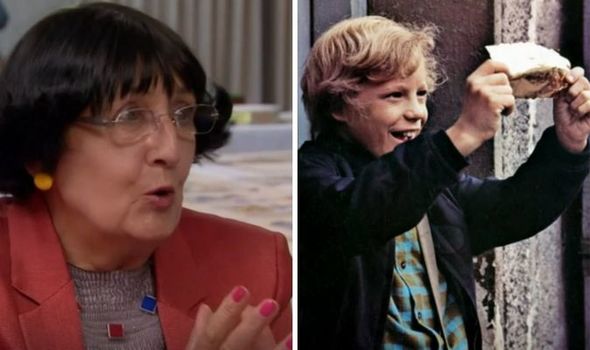 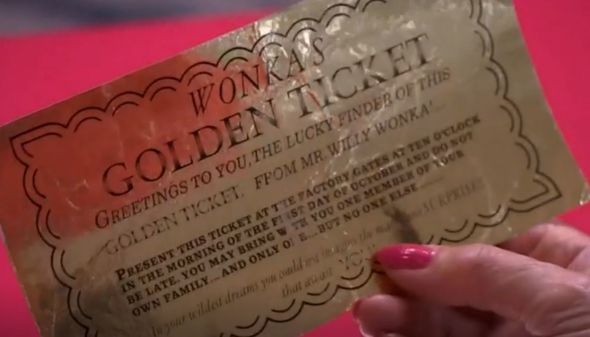 Anita simply replied: “Wow, what’s it made of?”

“Well, actually it would be really nice if it was made of chocolate but actually it’s just made of cardboard.”

“No chocolate then?” Anita laughed.

“Hundreds if not thousands of these would have been made for the movie, but Catherine the important thing is, did it have a Golden Ticket?” 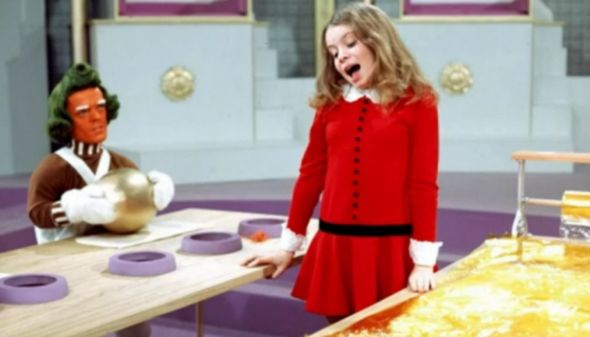 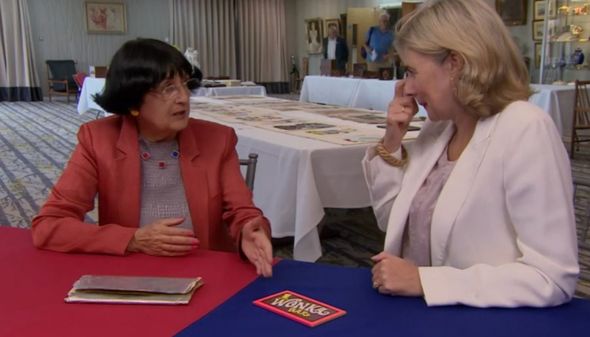 The auctioneer proceeded to open the chocolate bar, only to reveal that it did contain a Golden Ticket inside.

“Well Anita, I am going to let you open that up,” Catherine told her.

A stunned Anita replied: “So, that is one of the Golden Tickets.

Anita went on to ask: “Did this Golden Ticket feature in the film?”

Catherine explained the items used to belong to actress Julie Dawn Cole as she responded: “I know that it’s probably likely one of so many, let’s say half a dozen or a dozen of the Golden Tickets that were actually made in the film.

“But whether this one was actually held by one of the young actors, I don’t know.”

Speaking about the story behind the Golden Ticket, Catherine continued: “Well it’s actually a very exciting story because these once belonged to Julie Dawn Cole, the little spoilt child Veruca Salt.

“As soon as she finished filming this, she actually gifted these items to a very good childhood friend, so these have been with her and now she’s selling them.

“It’s iconic, it’s the important thing that really draws that film apart from another film and that’s what makes those so collectable.”

The collection had been estimated to sell for £12,000 at the auction held in Selsdon, Surrey, by Catherine Southon Auctioneers & Valuers.

However, later on in the episode, Anita is stunned to discover that the items were along with photographs of the actress for £15,808.

Bargain Hunt is available to watch on BBC iPlayer.