First National Minister of Scotland, Nicola Sturgeon, was quizzed by BBC Breakfast host Dan Walker this morning over the recent resignation of Scotland’s chief medical officer, Catherine Calderwood. Mrs Calderwood hit headlines over the weekend when it was revealed she had been attending her second home despite the nationwide coronavirus prevention guidelines.

As such, Mr Walker wasted no time putting the former CMO’s actions into the spotlight in his line of questioning.

The BBC Breakfast host was keen to know why the SNP leader’s position on Mrs Calderwood’s role in the party had changed in the space of 24 hours.

He quizzed Mrs Sturgeon: “We heard the message you quite clearly gave out yesterday, what changed?”

Ms Sturgeon replied: “It became obvious to me that the risk that I saw, and still feel, of losing the continuity of advice from the chief medical officer who has been immersed in this since the beginning of the outbreak,” 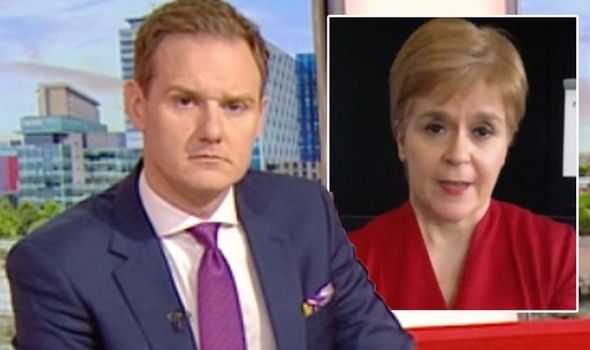 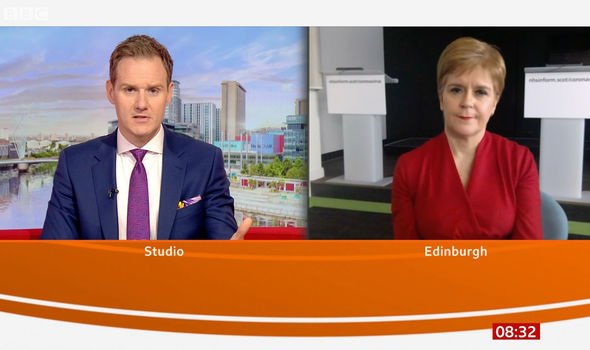 She continued: “However, big that risk was, it was outweighed by the risk of the government’s message becoming drowned out or undermined by her staying in office.

“The clarity of that message to the public, to stay home and save lives and protect the NHS is too important for us to take that risk.

“She made a mistake, she made a serious mistake and people are right to be angry about it. She was right to apologise.

“It was clear yesterday she couldn’t continue to be the face of the public advice campaign but, candidly, yes I did hope I could continue to call on her expertise.” 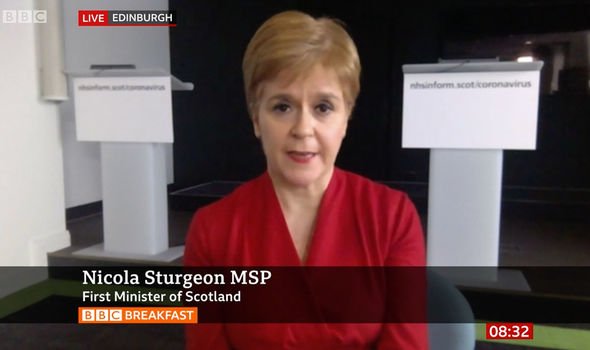 Ms Sturgeon went onto say she “valued” the advice Mrs Calderwood had offered during the outbreak.

She also reiterated her former CMO had made a “serious mistake” amid the COVID-19 pandemic.

Later in the interview, Mr Walker asked for clarification on when Mrs Sturgeon discovered Mrs Calderwood had breached the government’s guidelines and whether it was her decision for her to stand down.

Mrs Sturgeon clarified: “Not until Saturday night, I knew when we got alerted to the fact it was going to appear on the front page of the newspaper, but I didn’t know before that, no.”

As the interview neared its climax, Mrs Calderwood very much remained the focal point of the chat.

However, some BBC Breakfast viewers weren’t too happy with Mr Walker’s handling of the questions, accusing the presenter of repeating the “same” ones.

Taking to Twitter, one fan vented: “#bbcbreakfast you can only ask the same question in so many ways, Dan.”

A second took aim at the time allowed for Mrs Sturgeon’s answers, tweeting: “BBC Breakfast letting Sturgeon do a wee speech. It’s supposed to be an interview.”

While a third weighed in: “@BBCBreakfast stop asking @NicolaSturgeon the same questions. We get it. She’s gone. Move on!”

Another viewer said: “@mrdanwalker @BBCBreakfast Fair to question @NicolaSturgeon, but don’t linger on it. “

However, some fans were quick to defend the host, with one replying: “There was nothing wrong with the interview and Dan asked very appropriate questions.”

BBC Breakfast continues every weekday at 6am on BBC One.